Sushant Singh Rajput’s tragic death has shifted the focus of Bollywood fans to Alia Bhatt and Karan Johar as the topic of nepotism became a dominating theme of social media discussions. Two old episodes of Koffee With Karan became a thorny issue as fans accused Alia Bhatt and Sonam Kapoor of mocking Sushant Singh Rajput. They also accused Karan Johar of joining his guests in insulting an otherwise talented actor on his show. Karan also faced attacks for promoting nepotism by ignoring talented actors such as Sushant. Enraged by the development, fans have now begun unfollowing Karan and Alia on Instagram. Both celebrities have seen a sharp reduction in their followers since Sushant’s death on Sunday. While Karan has lost three lakh followers in as many days, Alia has seen a reduction of more than four lakh followers on Instagram during the same period. 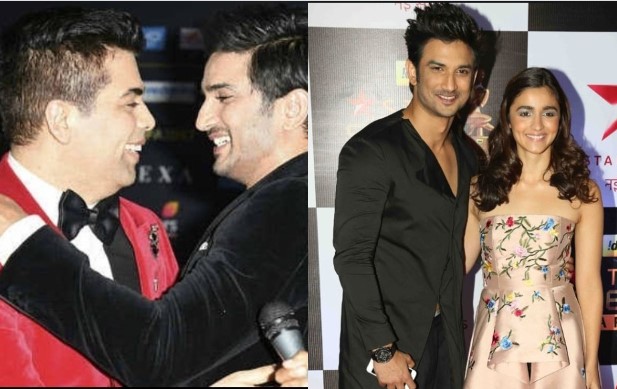 In an old video from Koffee With Karan, Alia Bhatt was seen saying that whilst she will marry Ranbir Kapoor, she will prefer to kill Sushant and hook up with Ranveer Singh. Although this was a part of her response to an imaginary situation created by Karan, this did not go down well with fans. Addressing Alia, one wrote, “You anyway wanted to k!II him during a game??‍♀️.” This was in response to Alia’s condolence note for Sushant reading, “I’m in a deep state of shock. No matter how much I think about it, I don’t have the words. I’m totally devastated. You’ve left us too soon. You will be missed by each and every one of us. My deepest condolences to Sushant’s family, loved ones, and his fans.”

Karan Johar had blamed himself for not being able to keep in touch with the Kedarnath actor for the last one year.  The filmmaker, however, faced a barrage of attacks on Twitter after filmmaker Shekhar Kapur hinted that Sushant may have been pushed into depression by certain individuals in the industry.