Insulted by Salman Khan inside the Bigg Boss house, Himanshi Khurana aka Aishwarya Rai has tested positive for COVID-19 days after she took part in farmers’ protests. Asim Riaz’s girlfriend took to Instagram to request protesting farmers to also ‘not forget that we are going through a pandemic.’ 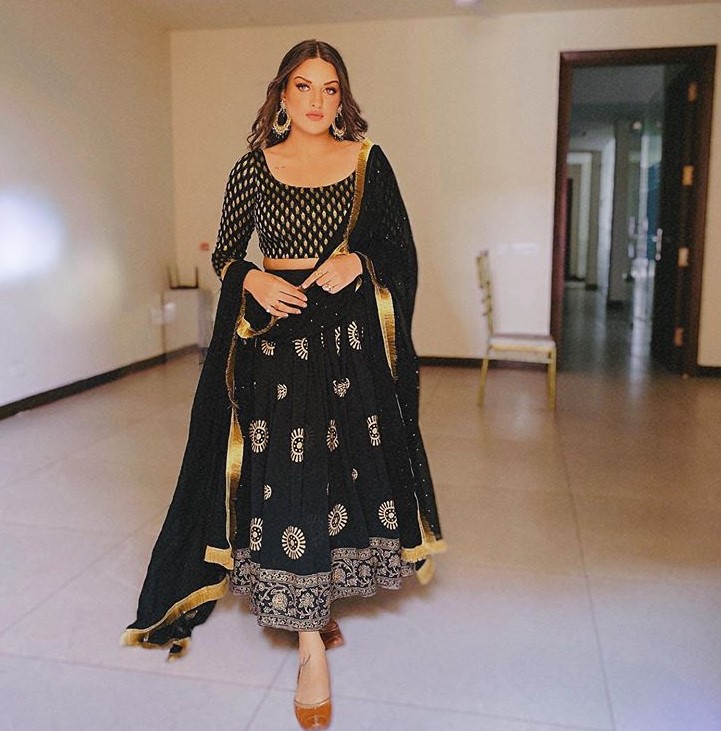 Himanshi wrote, “I want 2 inform you all that I hv been tested positive 4 COVID-19 even after taking proper precautions. As you all know that I was a part of the protest day before yesterday & d area was crowded. So, I thought to get d test done before I go for my shoot today evening.”

She continues, “I just wanted to inform people who came in my contact to get your test done and please take proper precaution in the protest. It’s my request to all the people protesting to not forget that we are going through pandemic so please take proper care.”

Several Punjabi celebrities had extended their support to the protesting farmers as they stage a complete lockdown on 25 September against the Farm Bills passed by the BJP-led government at the Centre in parliament.

No sooner did Himanshi share the news of testing positive for COVID-19, her fans began to wish her a speedy recovery. The model-actress from Punjab trended on Twitter.

Himanshi had recently complained about being referred to as Asim’s girlfriend. She had asked why Asim should not be referred to as Himanshi’s boyfriend. “Why it’s always girlfriend of Asim Riaz.. not boyfriend of himanshi Khurana.. I know dere is nthng wrong in dis & M proud of dis bt at d same time females r also working in dis industry & they hv there individual personality.. their share of struggle.. why it’s always about man,” Himanshi’s tweet had read.