Sara Ali Khan-starrer Coolie No. 1 has evoked mixed reactions from Bollywood fans with many expressing their disappointment with the remake of an old Govinda classic. However, what could further trigger a fresh controversy is a fresh claim that Saif Ali Khan’s daughter had to beg in front of Varun Dhawan’s father, David Dhawan, for the lead role in the film. The latest claim has come weeks after the former co-star of Sushant Singh Rajput trended for days following Rohit Shetty’s revelation on The Kapil Sharma Show that he was moved to tears when Sara begged for a role in Simmba with folded hands. 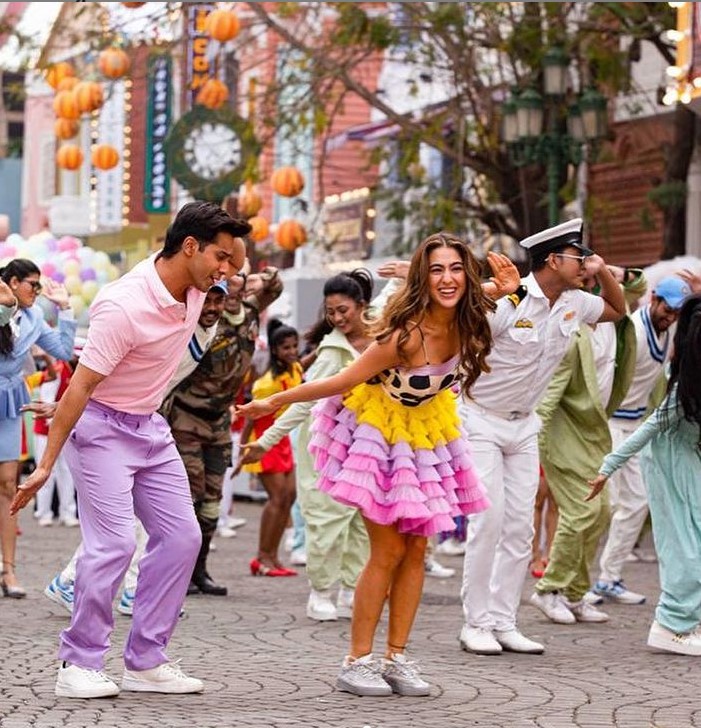 Amazon Priem Video, where Coolie No. 1 was released amidst much fanfare, claimed as part of the trivia, “Varun Dhawan and Sara Ali Khan had to struggle quite a lot to bag their respective roles for this film. Sara even had to beg in front of David Dhawan to convince him for the role.”

The remake of Coolie No. 1 comes exactly 25 years after David Dhawan made the original classic featuring Govinda, Karisma Kapoor and Kader Khan.

However, the film has failed to impress Govinda fans, who reacted with dismay at the performance of Varun and Sara. A review by Hindustan Times said, “Coolie No 1 movie review: Varun Dhawan, Sara Ali Khan film is limp spoof of original where even Covid-19 is reduced to a poor joke.” NDTV wrote in its review, “Coolie No 1 Is Anything But Numero Uno.” News18 wrote about the film, “Varun Dhawan and Sara Ali Khan’s Coolie No 1 is half-hearted attempt at situational comedy.”

The revelation by Rohit Shetty came amidst fans mourning the tragic death of Sushant Singh Rajput, whose body was found from his apartment in Mumbai. The late actor’s fans had suspected a foul play into his death, prompting the central government to order a CBI inquiry. However, the CBI has gone quiet since death after showing plenty of interests in the case ahead of the Bihar assembly polls. Sushant hailed from Patna in Bihar.