Archana Puran Singh of The Kapil Sharma Show has declared her co-star Kapil Sharma the ‘Santa’ for Navjot Singh Sidhu who she had replaced as the Sony TV’s comedy show. Her declaration came after a fan warned her that she would soon be replaced by Sidhu in the near future. 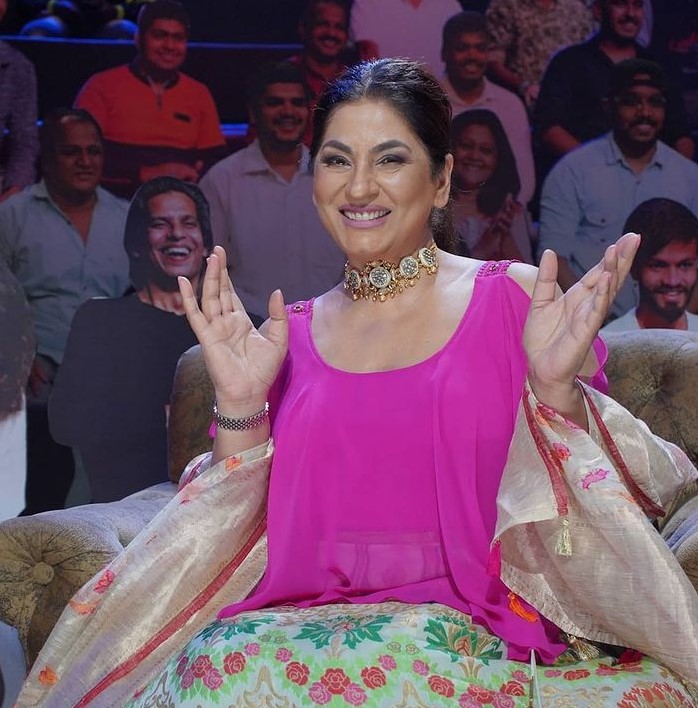 Archana took to Instagram to greet her fans on the occasion of Christmas as she wrote, “MERRY CHRISTMAS everyone. Aaj shoot hai. But it’s always fun to pack up early and come home to a house full of lights and goodies to eat!???.”

As expected, her post once again evoked plenty of responses from her fans. One fan used the opportunity to taunt her with a warning as he wrote, “Merry Christmas to you…. When will Sidhu Ji return in the show??.” Known for laughing at herself, Archana once again took the joke in her stride and replied, ” unka Santa Kapil hai na… ? woh return karva ke rahega?.”

Archana also revealed that rapper Badshah and singer Sukhbir were the guests on The Kapil Sharma Show as she recorded the last episode for 2020.

Archana had recently revealed how she had managed to master the art of laughing at herself. Archana was asked by her interviewer in a recent video interaction, “One beautiful quality of you Archana is that you’ve learnt to laugh at yourself. How do you manage that?” Archana, who was joined by husband Parmeet Sethi, replied, “Honestly speaking. I don;t feel bad (by cruel jokes) because I am confident that the person, who’s saying that to me actually respects me and loves me a lot.”

Archana’s co-stars including Kapil, Krushna Abhishek and Kiku Sharda have often targeted her by reminding that Sidhu could soon return to regain his chair on the show.