The Mumbai Police have made a stunning claim accusing Arnab Goswami’s Republic TV of being involved in the fake TRP scam, saying that Times Now was dislodged from the number one position by manipulation of data. This was revealed in an extraordinary press conference by Milind Bharambe, Joint CP Crime of the Mumbai Police on Friday. 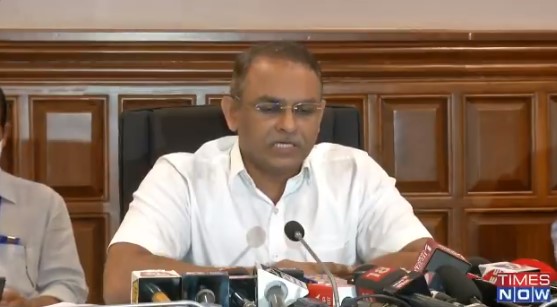 Bharambe said that the new report by the rating agency BARC had made stunning revelations about TRP manipulations. Bharambe told reporters, “These manipulations have been going on from at least since 2016 to 2019. They’ve analysed some data but the volume being quite huge, they analysed the data of only around 44 weeks in detail, especially about the genre of English news and Telugu news where they found manipulation to great extent.”

The latest revelation comes just hours after the Crime Branch of the Mumbai Police arrested an ex-CEO of the BARC for his alleged involvement in the TRP scam. Bharambe said that the BARC’s own findings were in line with what the Mumbai Police Commissioner Param Bir Singh had claimed in his press conference on 8 October.