India’s run-machine Rohit Sharma on Saturday became the first batsman to score two hundreds in his first match as an opener. After hitting 176 runs in the first innings of the first Test match against South Africa, Sharma went on to hit 127 in the second innings. India declared their second innings at 323/4. His innings included 10 boundaries and seven sixes. Before he got out, he had hit three consecutive sixes off Dane Piedt’s bowling. In total, Rohit Sharma hit 13 sixes, which is the highest by any batsman in a single Test match. He breaking former Pakistani all-rounder Wasim Akram’s record of 12 sixes in a single Test match. 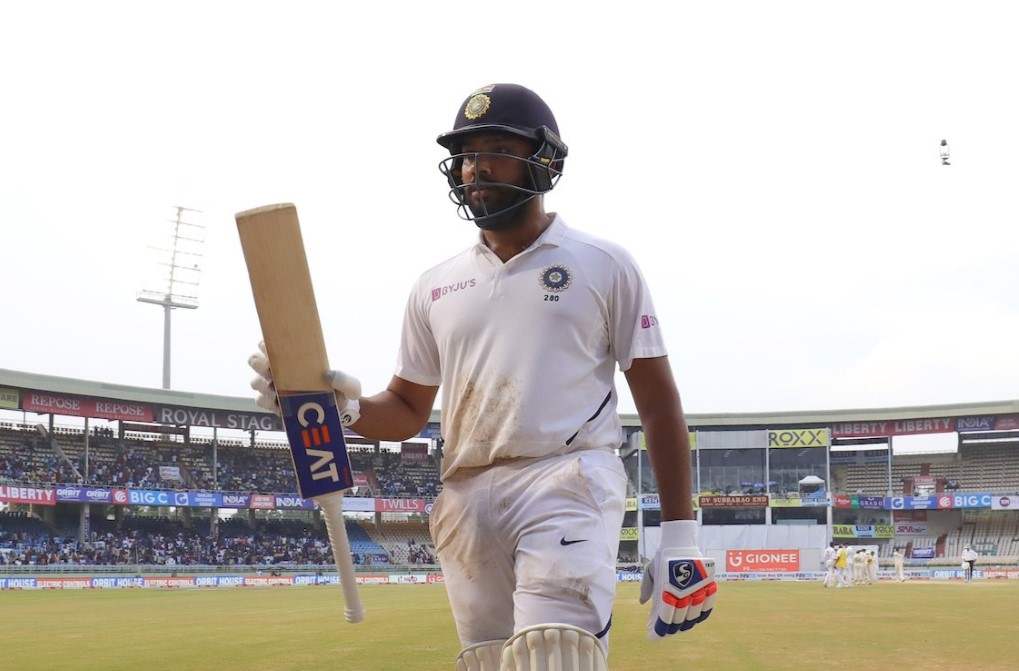 Aside from Sharma, Cheteshwar Pujara made a brilliant 81. Also chipping in with some runs was Ravindra Jadeja, who made a quickfire 40 in 32 balls. Virat Kohli and Ajinkya Rahane remained unbeaten at 32 and 27 respectively.

Chasing a target of 395, South Africa suffered an early setback as they lost their top scorer from the first innings, Dean Elgar, for two. He was adjudged LBW off the bowling of Ravindra Jadeja. South Africa were 11/1 when the umpires called off the day’s play.

The wicket has slowed down considerably and batting on this wicket is proving to be extremely difficult. The match had to be called off earlier than the scheduled time due to poor light.