Samajwadi Party chief Akhilesh Yadav on Friday alleged that his helicopter was not allowed to leave Delhi for his election rally at the behest of the BJP. Yadav said that while his rival was allowed to use a helicopter. 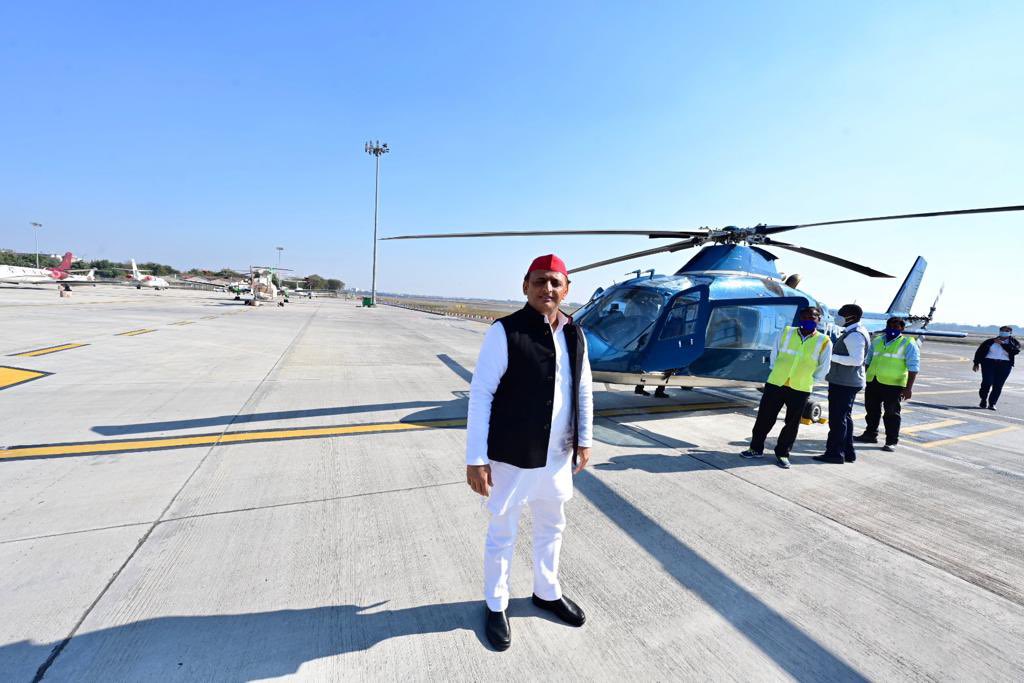 Sharing a photo of himself standing next to a helicopter, Yadav wrote in Hindi, “My helicopter is being kept in Delhi without any reasons and it’s not being allowed to fly to Muzaffarnagar, whereas a senior leader of the BJP has flown from here. This is a desperate conspiracy of the losing BJP. The public understands everything.”

In another tweet, Yadav wrote, “Misusing power is a sign of those facing defeat. This too will be registered in history of the Samajwadi struggle. We are about to take the flight to a historic victory.”

Yadav’s sensational allegations came just days before the start of the seven-phase assembly polls in Uttar Pradesh. The counting of votes will take place on 10 March.

Yadav has emerged as a serious contender to power in India’s largest state. In 2017, Yadav was voted out of power after the BJP registered a thumping victory.