Former Congress MP Raj Babbar’s latest social media posts have triggered speculations if was leaving the Congress ahead of the assembly polls. This was after the actor-turned-politician appeared to praise the Narendra Modi government for honouring opposition politicians with Padma Awards. The latest development has taken place just days after NDTV Editorial Director Sonia Singh’s husband, RPN Singh, left the Congress to join the BJP. 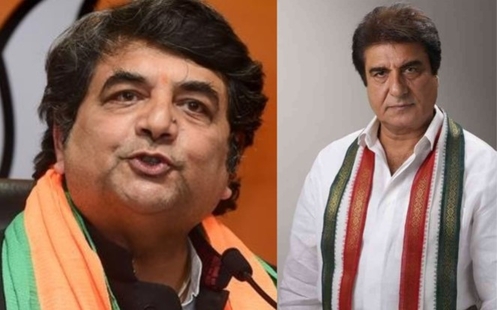 Notable politicians honoured with Padma Awards by the Modi government had included Congress leader Ghulam Nabi Azad and former West Bengal Chief Minister Buddhadeb Bhattacharjee. Congratulating Azad for his award, Babbar had tweeted, “Congratulations @ghulamnazad Sahab! You’re like an elder brother and your impeccable public life & commitment to Gandhian ideals have always been an inspiration. The #PadmaBhushan is an ideal recognition of 5 decades of your meticulous service to the nation.”

In a separate tweet a few days later, Babbar wrote, “The importance of an award is when the rival party honours a leader’s achievements. People can fulfill any of their desires under their own government. I feel the debate over #PadmaBhushan is unnecessary.”

Babbar, who represented Uttar Pradesh’s Ferozabad parliamentary constituency, lost this seat both in 2014 and 2019. His tweet in praise of the Modi government comes just days after the Congress lost its former union minister, RPN Singh, to the BJP. Singh’s decision to join the BJP had become a hugely talked-about topic on social media, where users mocked the politician’s wife Sonia Singh, the editorial director of NDTV.

Uttar Pradesh goes to the polls in seven stages with the counting of votes scheduled for 10 March. In 2017, the BJP had won an overwhelming majority in the state. Yogi Adityanath was later appointed as the state’s chief minister.