The second semi-final between Daniil Medvedev and Stefanos Tsitsipas was dominated by ugly scenes following unprecedented outbursts by the second seed Russian. Medvedev was seen yelling at the chair umpire accusing Tsitsipas of receiving coaching instruction from his father. Medvedev defeated Tsitsipas in four sets 7-6 (7-5) 4-6 6-4 6-1. He will now face Rafael Nadal in the men’s singles final after the Spaniard beat Berrettini 6-3 6-2 3-6 6-3 in the first semi-final. 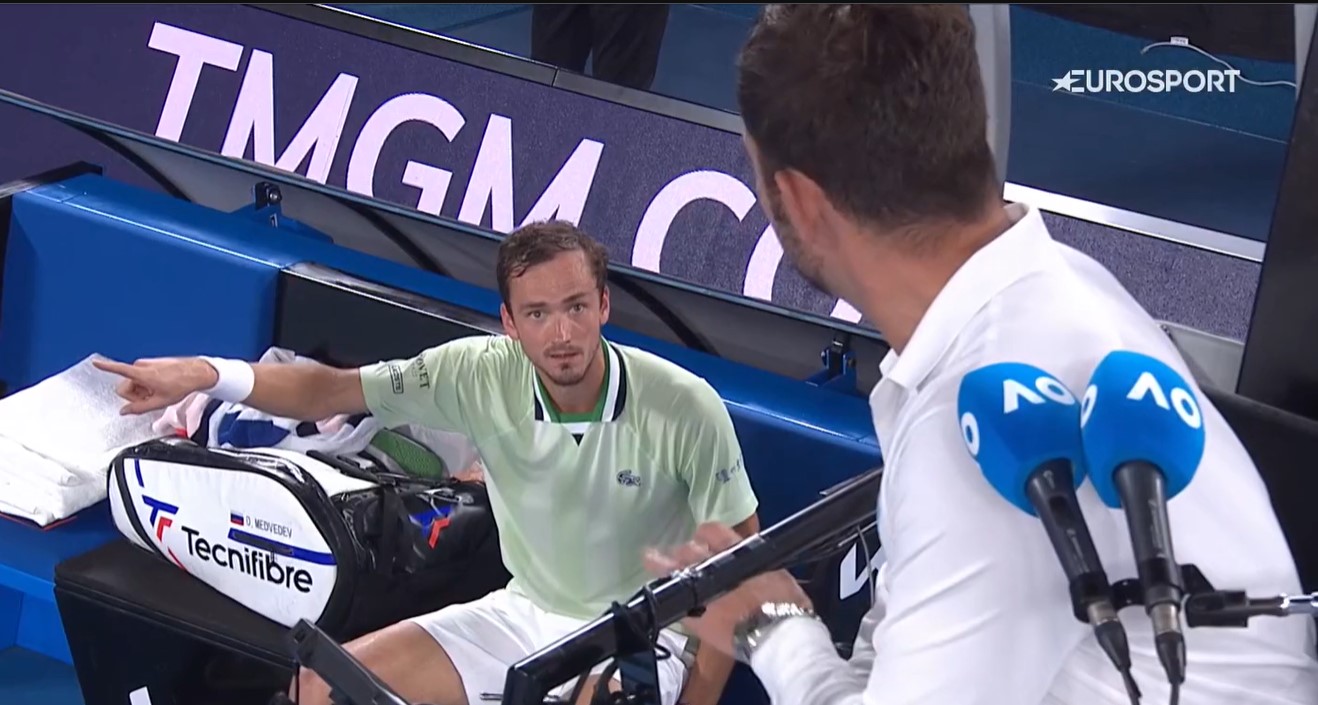 Medvedev had won the first set against Tsitsipas in a tie-breaker but lost his momentum amidst constant booing from fans. Immediately after he lost the second set, the Russian lost his cool at the chair umpire by raising his voice.

“Are you stupid?” he asked the chair umpire.

Medvedev then launched another blistering attack at the umpire accusing him of not listening to his greivances. “Look at me, look at me. I am talking to you,” he shouted.

While leaving for his washroom break, the Russian heaped another insult on the chair umpire by saying, “You are, how can I call it … a small cat.”

Nadal will be aiming to win his record 21st Grand Slam title when he meets Medvedev in the final. The 35-year-old Spaniard is currently level on 20 Grand Slam titles with long-time rivals Novak Djokovic and Roger Federer.

Reacting to his Sunday’s final against Nadal, Medvedev said, “I’m going to play against one of the greatest and someone going for the 21st Slam.

“I guess last time Rafa was watching (the US Open final) and I don’t know who he was cheering for, I guess Novak (Djokovic) will be watching in two days time also.

“I’m ready, I know that Rafa is a very strong player and I need to show my best to try and win this match.”