The Centre’s Narendra Modi government has allegedly frozen its ads for three prominent newspapers that are deemed critical of its policies. These newspapers, according to a report by Reuters, are Kolkata’s The Telegraph, Times of India and The Hindu. 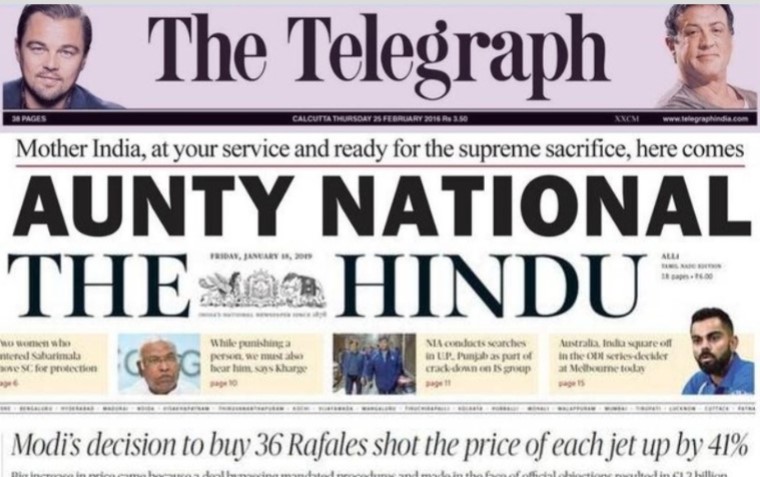 The news agency quoted a senior executive from the media group that control Times of India as saying that the government had stopped its ads to the newspaper because of ‘some reports they were unhappy with.’

One official from the ABP media group that owns The Telegraph was quoted as saying, “Once you don’t toe the government line in your editorial coverage and you write anything against the government, then obviously the only way they can penalise you (is) to choke your advertising supply.”

Kolkata-based The Telegraph had shot to prominence for its hard-hitting headlines and routinely embarrassing Prime Minister Narendra Modi for his factual inaccuracies in public speeches particularly during the just-concluded Lok Sabha campaigning.

The Hindu newspaper too complained of the stoppage in government ads after it ran a series of articles on the Rafale deal signed between India and France. The news agency also referred to a recent speech made by Congress leader Adhir Ranjan Chowdhury in parliament, where he expressed his concerns on the government’s move to freeze ads for three newspapers, whose combine reach is believed to be in excess of 26 million.

BJP leader Nalin Kohli reportedly denied the allegation that the Modi government was attempting to scuttle the media freedom in the country by punishing newspapers deemed critical of its policies. According to one estimate, nearly 15% of the newspapers’ revenue is often generated through government ads.