Australia on Saturday thrashed New Zealand by 86 runs, imposing uncertainty on their old rivals’ hopes to reach the semi-final of the ongoing World Cup competition. Australia have already qualified for the semi-final. 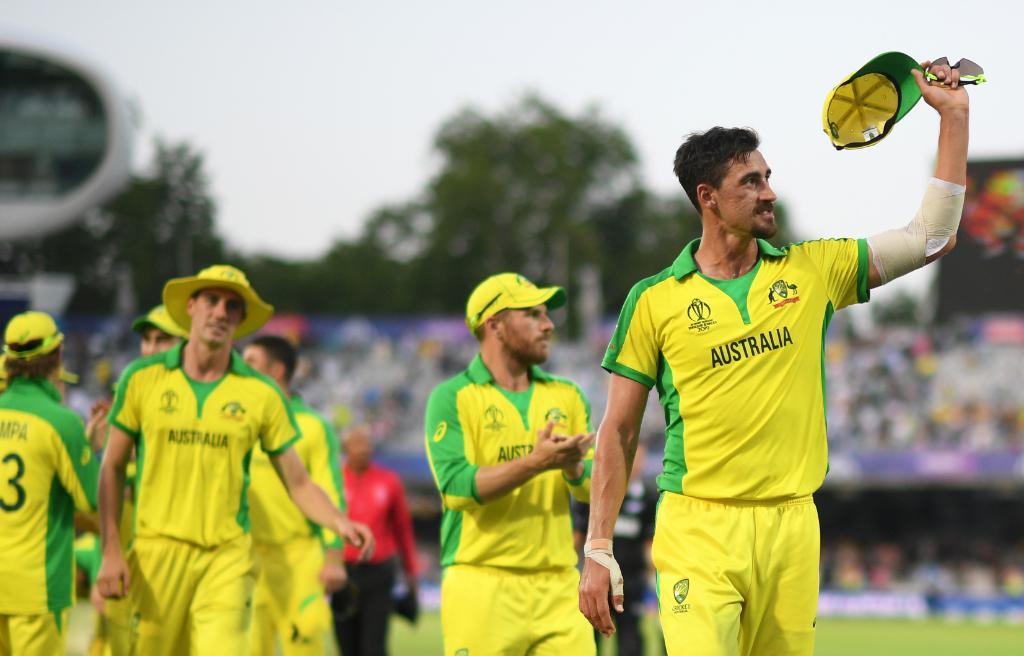 Batting first, Australia posted a modest total of 243-9 in 50 overs in a day-night match of the competition. Usman Khwaja scored 88, while Alex Carey made 71. Khwaja, Mitchell Starc and Jason Behrendorff fell to Trent Boult in three successive deliveries of the last over of the match to give the New Zealand bowler his first World Cup hat-trick. Boult finished his 10 over spell with 4-51.

Chasing 244 at The Lord’s was unlikely to prove a difficult task, but the Kiwis appeared cautious right from the word go. They scored 29 runs in the first power play while losing one wicket. They kept losing wickets at a regular interval and were bowled out for 157 in the 44th over. Mitchell Starc finished with 5-26.

Sunday’s result gave New Zealand their second successive defeat after they lost to a resurgent Pakistan in the last match.

New Zealand play their final game against hosts England on Wednesday with both sides desperately needing a win to secure a semi-final spot.

Australian captain Aaron Finch said “I’m very happy, from 92-5 a great partnership from Alex Carey and Usman Khawaja to get us to a really competitive total on a wicket that we knew was really going to slow up and turn. 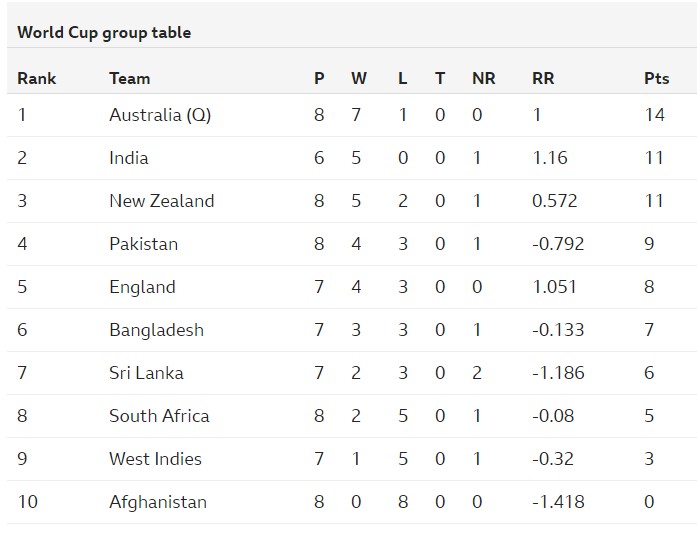 New Zealand captain Kane Williamson said after the match, “Obviously it was a fairly challenging surface. We were able hit the wicket hard and put the ball in the right areas to get some rewards. It was a position of strength at the halfway stage of the first innings. A lot of credit goes to them for the way they rebuilt the innings and got to a competitive total.

“It was a tough old surface. Australia adapted better than we did with the big lads who hit the wicket hard.”

Starc was adjudged Man Of The Match.