In a shocking development, a minor Dalit girl was brutally thrashed with her feet tied by a group of upper Caste Hindus in Uttar Pradesh’s Amethi district. Dalit activists have alleged that the minor girl’s legs were crushed by her perpetrators. The Uttar Pradesh Police reacted only after the video of the brutality went viral on social media. 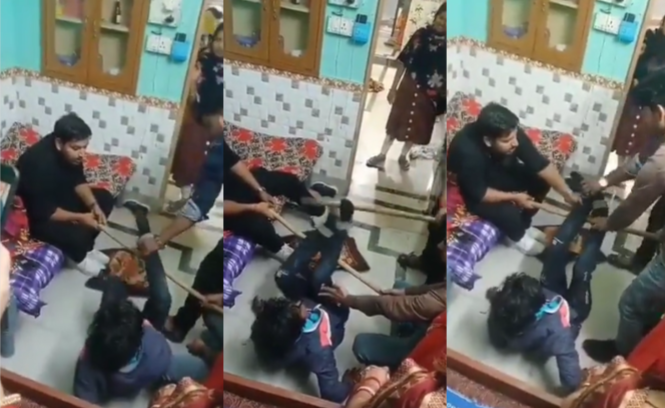 The reported incident took place in Amethi, prompting the local police to issue a statement. Police officer Arpit Kapoor said, “A video has been brought to our attention whereby Amethi residents Suraj Soni, Shivam aka Shaakaal and a few other people, who we are trying to identify, can be seen assaulting a minor girl.

This is not the first time a Dalit girl has had to face the brutality from upper-caste Hindus in Uttar Pradesh, which is being ruled by the BJP under Chief Minister Yogi Adityanath.

Last year, a 19-year-old Dalit girl was gang-raped and brutally attacked before she died of her wounds. The BJP government had later burnt the girl’s body at midnight ensuring that her parents were not there to perform her last rites.