Prime Minister Narendra Modi on Monday found himself at the receiving end of an intense social media ridicule after a teleprompter malfunction appeared to leave him confused, stammering before forcing him briefly halt his public address at the World Economic Forum. Though Klaus Schwab the founder and Executive Chairman of the World Economic Forum, came to his rescue, the video of Modi’s embarrassing gaffe had gone viral, prompting his critics to take potshots at the Indian prime minister’s so-called image of a great public orator. 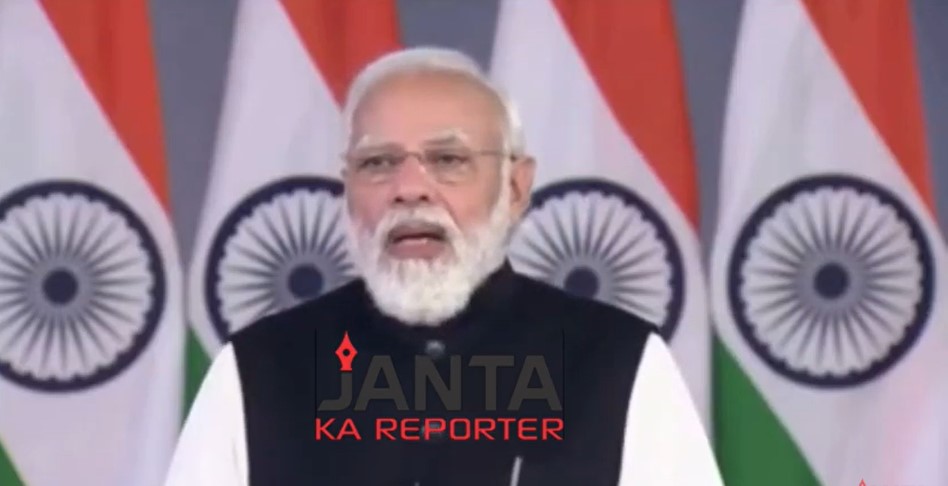 During his virtual address at the World Economic Forum, Modi was joined by Klaus Schwab from the other end in Geneva. Modi began his scripted speech by laying emphasis on what India had to offer to the world amidst an environment of uncertainty. But within a few minutes in his speech, Modi found himself at a loss as his teleprompter appeared to betray him.

Modi said, “India has given a bouquet of hope to the mankind. In this bouquet, we have the unwavering faith in democracy by us Indians. This bouquet comprises technology that is empowering 21st century. This bouquet has the temperament and talent of us Indians. Whihc….”

This was where Modi appeared to look at the teleprompter on his left realising that the machine had betrayed him right in the middle of his crucial international speech.

Modi paused before trying to buy time by asking his guest in Geneva if he was audible. But, while doing so, the Indian PM began to stammer. Realising his guest’s visible discomfort, Schwab came to his rescue by reading his speech.

Modi resumed his speech again, but little did he realise that he was repeating the first few minutes of his speech, which he had already delivered until he was let down by the teleprompter.

He went on to complete his segment on the ‘bouquet of hope’ by adding how ‘during Corona time, India saved many lives by exporting essential medicines and vaccines by following its vision of ‘One Earth, One Health’.’

What made matter worse for Modi was the fact that his speech was being simultaneously translated into English, Arabic, French, Hindi, Mandarin Chinese, Russian and Spanish. This meant that the embarrassment of not being able to continue his speech due to the teleprompter malfunction was shared by hundreds of international audience members.

Back in India, the video went viral at lightning speed with Modi’s detractors taking potshots at the Indian prime minister.

Modi without teleprompter is like Jay Shah with Teleprompter.

There are many idiots who believe Narendra Modi is a good Orator. He can’t speak a single coherent statement without his teleprompter. Unless he has to make street rowdy comments like Didi o Didi or Communal stuff about Shamshan and Kabristan pic.twitter.com/74tprx52es

Teleprompter got shut and Modi was unable to continue his address :pic.twitter.com/g3vIOIem8x

This is not the first time Modi has found himself in a spot of bother during his public address. Contrary to his supporters’ claims about his oratory skills, Modi had to face similar public embarrassment in 2021 when it emerged how his interview at Singapore’s Nanyang Technological University was scripted.

In 2018, Modi had told the World Economic Forum that there were 600 crores voters in India, a country of 130 crore people.