Actor Dhanush has stunned fans with a shocking announcement on divorce with wife Aishwaryaa, who is the elder daughter of Tamil megastar Rajinikanth. Dhanush’s announcement came just days after he was seen in the film Atrangi Re opposite Sara Ali Khan and Akshay Kumar. 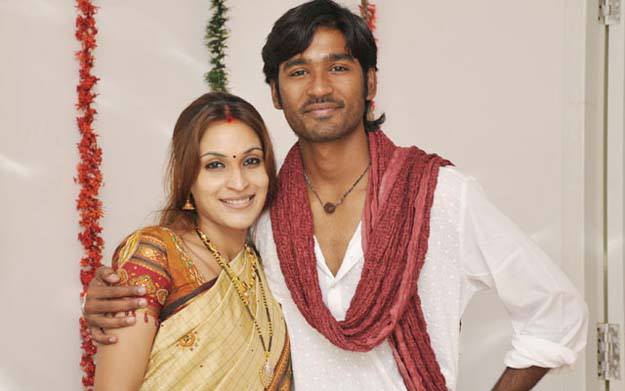 Taking to social media, Dhanush wrote, “18 years of togetherness as friends, couple as parents and well wishers to each other. The journey has been of growth, understanding, adjusting, and adapting. Today we stand at a place where our paths separate. Aishwaryaa and I have decided to part ways as a couple and take time to understand us as individuals for the better.”

He concluded his statement by seeking privacy from media. “Please do Respect our decision and give us the needed privacy to deal with this. Om Namashivaaya!” Dhanush wrote.

Aishwaryaa, shared the same statement on Instagram but signed off as ‘Aishwaryaa Rajinikanth.’ She wrote, “”No caption needed… only your understanding n your love necessary!”

Dhanush and Aishwaryaa tied the knot in 2004. The couple has two children namely 15-year-old Yatra and 11-year-old Linga.

Aishwarya has still not changed her Instagram name, which continues to describe her as ‘Aishwaryaa R Dhanush.’

It’s not clear what led to the breakdown in their marriage, but Aishwaryaa had recently shared an adorable photo of her husband, who was seen standing with her father. Sharing the photo of her legendary Dad and Dhanush, Aishwaryaa had written, “They are mine … and this is history ????????#prouddaughter❤️ #proudwife.”

Aishwaryaa is a well-known film director and a playback singer. She was also seen in the globally viral song Why This Kolaveri Di, sung by Dhanush. The song had caught the attention of the global audience in 2011.