The BJP on Thursday found itself in a state of turmoil as one more OBC minister in the government headed by Yogi Adityanath resigned alleging the UP government’s discriminatory treatment of Dalits and farmers. Dara Singh Chauhan’s resignation just before the assembly polls came hours after Swami Prasad Maurya, an influential OBC leader in the Adityanath government, left the BJP to join the Samajwadi Party. 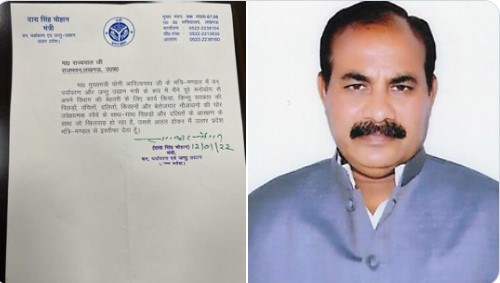 Chauhan was the minister of forest and environment in the BJP government of Uttar Pradesh. He was quoted by ANI as saying, “BJP formed govt with the support of Dalits, backward communities…but didn’t serve them well, which is why I resigned… Next step would be to hold discussions with my society people and then take a call for future course of action.”

In his resignation letter in Hindi, Chauhan accused Adityanath of discriminating against Dalits, farmers and the marginalised sections.

Three more BJP MLAs had left the party to join the Samajwadi Party.