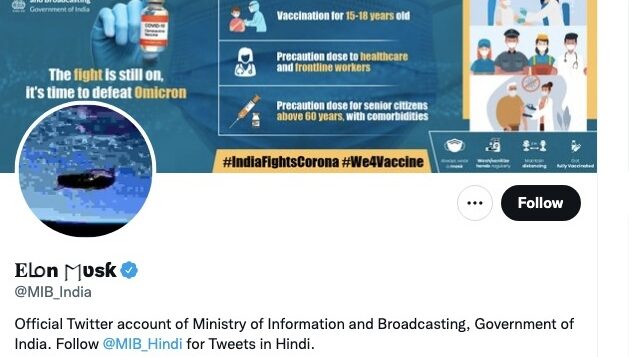 A visibly embarrassed I&B ministry said that it planned to contact Twitter and Google for their version of the incident.

The I&B ministry later tweeted saying that its account had been restored, “The account @Mib_india has been restored. This is for the information of all the followers.”

The account @Mib_india has been restored. This is for the information of all the followers.

The routine hacking of official Twitter handles belonging to Modi and ministries of his government assumes significance given that the BJP government has been claiming to achieve revolution through its Digital India push.