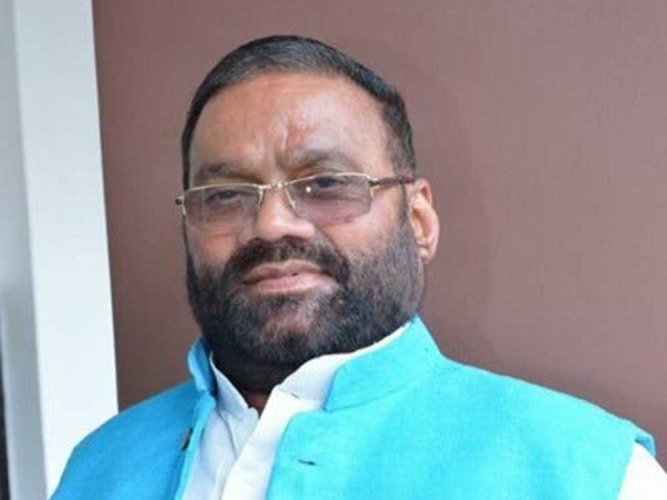 According to reports, Maurya had allegedly hurt the sentiments of Hindus by saying that Gauri or Ganesha must not be worshipped during weddings adding that this was a ‘conspiracy by the upper caste-dominated system to mislead and enslave Dalits and backward castes.’

Maurya was then with the Bahujan Samaj Party, whose supremo, Mayawati, had distanced herself from his statement. “Our party (BSP) is principally against interfering in any religious belief and tradition,” Mayawati had said.

Maurya was expected to appear before a court today but he did not turn up. He’s now been asked to make himself available before the court on 24 January.

The Hindutva party found itself in a spot of bother on Thursday after another cabinet minister in Uttar Pradesh, Dara Singh Chauhan, left the BJP.

Maurya is known for making hate speech against Muslims. In 2017, he had said, “These talaqs have no basis…. if someone only for satisfying his lust keeps changing his wives and forces his own wife and children on the streets to beg… no one will call this as right.”