A whopping 83 percent of Australians want Serbian tennis player Novak Djokovic to be deported, a survey of 60,000 people conducted by NewsCorp has revealed. The damning verdict by ordinary Australians came just before the country’s immigration minister, Alex Hawke, exercised his executive powers to cancel Djokovic’s visa for the second time. Meanwhile, tennis legend Boris Becker, who coached Djokovic between 2013 and 2016, slammed the 20-time Grand Slam champion for allowing himself to be dragged into a political game. 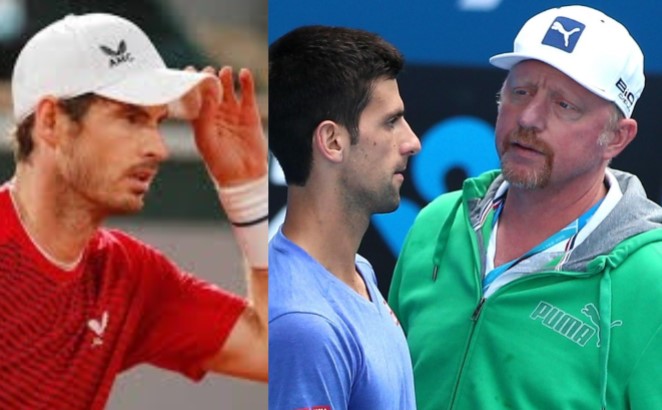 Becker told BBC that no ‘tennis player is bigger than a tournament.’ “We have to concentrate, as sportsmen or women, back on the action on the court, not what’s happening in the court of justice. It is a political game he got involved in and that’s unfortunate,” Becker said.

A statement from Hawke had said that the decision to cancel Djokovic’s visa was ‘on health and good order grounds.’

Djokovic has hired a battery of lawyers to launch an appeal against the Australian immigration minister’s decision. He is likely to record his statement before a court on Saturday.

“I’m not going to sit here and start kicking Novak whilst he’s down,” Murray said. The British tennis great said that an early resolution to the saga would be ‘good for everyone.’

The Serbian tennis player was placed in a detention hotel for several days until a court in Melbourne overturned the Australian Border Force’s decision to deny him entry into the country.

If Djokovic is indeed forced to leave the country, he may not be allowed to enter Australia for the next three years. This means that he may never be able to compete at the Australian Open again.

Earlier this week, Djokovic had sensationally admitted that he broke rules on COVID isolation and lied to the Australian immigration authorities about his travel history after testing positive for coronavirus. However, despite his confession, the 20-time Grand Slam champion had refused to issue an apology. Instead, he had only blamed the media for spreading misinformation.

Djokovic has won the Australian Open on nine occasions and he is aiming to win the Grand Slam for a record 10 times. If he is able to successfully defend his Australian Open title this year, he will go past his great rivals, Roger Federer and Rafel Nadal, to win 21 Grand Slam championships.