When BJP MP Subramanian Swamy on Wednesday decided to comment on Hijab in Karnataka, little did he realise that his response would drag his daughter to the raging controversy. Faced with a response from a Twitter user, Swamy implied that his granddaughter was a Hindu. 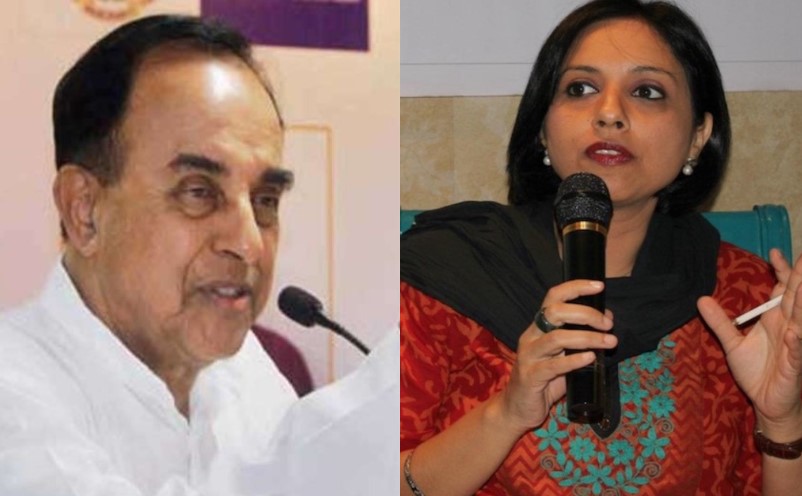 Reacting to the ongoing controversy on Hijab, Swamy tweeted, “After seeing the Hijab controversy which is making Muslims boycott classes saying “First hijab and then studies”, I am wondering why their grandfathers chose to stay in India rather than go to Pakistan, where they could get effortlessly “hijab first”.”

In another tweet, Swamy wrote, “Insisting on Hijab even in schools is not secularism.”

This prompted one Twitter to praise Swamy that his grandaughter had not chosen to cover her head despite having a Muslim father. The Twitter user wrote, “Its good that daughter of Suhasini Didi don’t wear Hijab. I had seen her pic with u & guruma long back. (sic)”

Swamy replied, “Why would a Hindu wear Hijab?”

Why would a Hindu wear Hijab ?

Several schools and colleges in Karnataka have refused entry to Muslim girls in hijab citing the government order followed by the interim order of the Karnataka High Court. The high court, meanwhile, has continued to hear the matter without giving any relief to girls, whose education is suffering due to the ban.

Some schools and members of the Indian media have faced condemnation for humiliating Muslim girls and teachers by forcing them to remove their hijab in full public glare.

As for Swamy’s journalist daughter, Suhasini Haidar works for The Hindu newspaper as the paper’s National Editor and Diplomatic Affairs Editor. She is married to Nadeem Haidar, son of Salman Haidar, former Indian foreign secretary.