Remember former Bigg Boss contestant Himanshi Khurana aka Punjab’s Aishwarya Rai, who shot to fame after Salman repeatedly insulted her during the show! A video of Himanshi breaking down during her birthday celebration has gone viral. Much to her comfort, boyfriend Asim Riaz and former Bigg Boss housemate Asim Riaz too joined the celebration, ending speculation of their split. 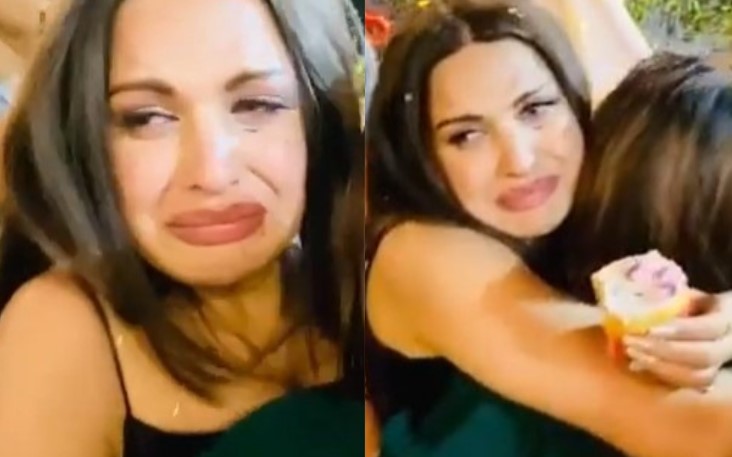 Though Himanshi did not explain what had caused her so much hurt, the video moved her fans, who extended their solidarity to their screen idol. One wrote, “My love keep smiling always I can’t see u cry?❤️ yes u suffered a lot and u proved how strong u are bubba? we love you enjoy ur day Jaan ?❤️❤️.” Another commented, “We fans are with u forever mam. Happpppie birthday mam♥️♥️?”

Asim too took to Instagram to share a photo of himself with his girlfriend as he wrote, “Happy Birthday @iamhimanshikhurana.”

Himanshi and Asim had met while taking part in the previous edition of the Colors TV reality show. They fell in love inside the Bigg Boss house, where host Salman Khan was seen insulting her on several occasions. Many had wondered if the reason behind Salman’s ill-treatment of Himanshi was due to the latter’s claim of being the Aishwarya Rai of Punjab. Salman and Aishwarya had reportedly dated each other for many years before their relationship ended on an acrimonious note.

Not too long ago, Himanshi had dropped a bombshell claiming that her haters damaged her car by slashing the vehicle’s tyres in a village near Chandigarh. She had alleged that this was primarily done to frighten her so that she stopped working in the entertainment industry.