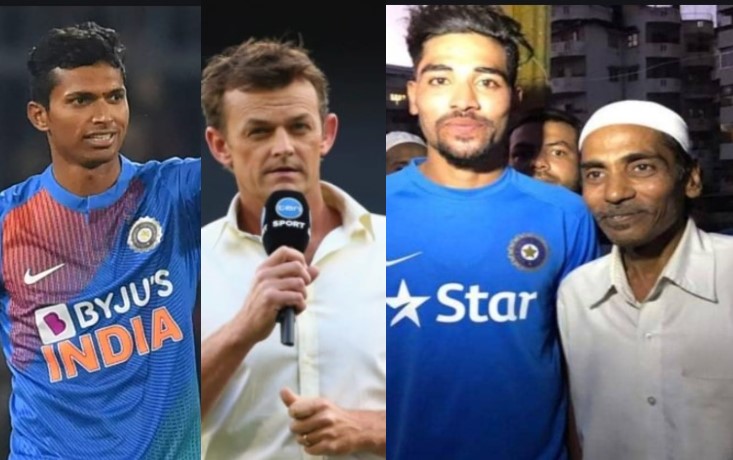 While on a commentary assignment for Fox Sports, Gilchrist had mistaken Saini for Siraj as he mentioned the cricketer’s father’s demise. However, soon a former New Zealand cricketer and many fans pointed out the error clarifying that it was Siraj and not Saini, who had lost his father a few days ago.

Realising his embarrassing mistake, Gilchrist issued an apology to both Siraj and Saini. He wrote, “Yep, thanks @Mitch_Savage My huge apologies again to all.”

Yep, thanks @Mitch_Savage My huge apologies again to all. https://t.co/F8rYsD6fxm

Responding to a fan, he wrote, “Yes, thanks @anshu2912 I realize I was mistaken in my mention. Huge apologies for my error, to both @navdeepsaini96 and Mohammed Siraj.”

Yes, thanks @anshu2912 I realize I was mistaken in my mention. Huge apologies for my error, to both @navdeepsaini96 and Mohammed Siraj. ?? https://t.co/618EUIEyNU

Siraj is part of the Indian squad, which is touring Australia. His 53-year-old father, Mohammed Ghouse, passed away in Hyderabad a few days ago after suffering from a lung ailment.

A statement by the BCCI had said that Siraj ‘decided to stay with the Indian contingent and continue performing his national duties.’

Reacting to Siraj’s personal loss, BCCI President Sourav Ganguly had tweeted, “May Mohammed siraj have a lot of strength to overcome this loss..lots of good wishes for his success in this trip.. tremendous character.”

Speaking after the match, Siraj had said, “First of all I’m very grateful to Allah for today’s performance. Second, I thank Virat bhaiya, who gave me the new ball. I’ve been practicing a lot with the new ball, but got the opportunity only now. So it felt very good.”