In a dramatic turn of events, a petitioner has moved the Supreme Court seeking to initiate action under Section 340 of the Code of Criminal Procedure to prosecute the Republic TV founder Arnab Goswami for committing perjury. The application, according to Livelaw website, was filed in the Supreme Court by one Reepak Khansal. The new development has taken place days after FIR actress Kavita Kaushik and Saif Ali Khan’s co-star Kubbra Sait slammed Goswami for his antics. 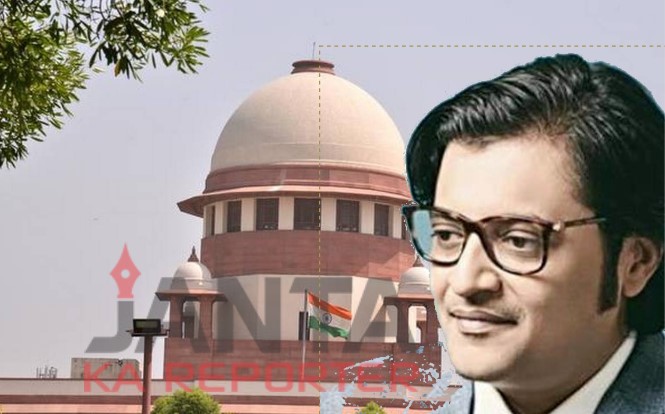 Khansal alleged that Arnab Goswami had made inaccurate statements in his writ petition filed before the Supreme Court seeking the quashing of multiple FIRs filed across the country against him for his controversial broadcast on the Palghar lynching last month. Khansal’s application before the Supreme Court referred to Goswami’s earlier petition in which he had described himself as a ‘journalist, Editor in Chief, investigating Journalism.’ He said that employees working for TV channels did not fall under the definition of ‘editor’ as per the ‘The Press and Registration Of Books Act 1867,’ adding that the definition of working journalists also did not fall under ‘The Working Journalists And Other Newspaper Employees (Conditions Of Service) And Miscellaneous Provisions Act, 1955.’

Khansal, according to Livelaw website, said in his application, “That the Hon’ble Court has been misled into rendering its judgment on the basis of false submission should be identified and proceedings initiated against them for offences made out under Sections 191, 199 & 200 of IPC.”

Over 150 FIRs were filed against Goswami last month after he was accused of communalising the unfortunate incident of the Palghar lynching, which saw the tragic murder of two Hindu monks by a violent mob, who suspected them to be thieves. Maharashtra Home Minister Anil Deshmukh had wasted no time in clarifying that the killers of two Hindu monks were not from a different religion. Yet, many felt that Goswami was desperately making the lynchings of two Hindu monks to be a communal issue.

Fearing arrest, Goswami had moved the Supreme Court seeking quashing of all FIRs filed against him across the country. The top court entertained his petition out of turn and granted him a three-week protection from arrest. Goswami was later grilled by the Mumbai Police for more than 12 hours at a police station.

Days later, another FIR was filed against Goswami at a Mumbai police station for attempting to communalise the gathering of migrant workers outside the Bandar railway station during the COVID-19 lockdown.

However, bringing relief to the Republic TV founder, the police in Meghalaya had put an FIR against him on hold reportedly to comply with the Supre Court order.

Goswami had founded Republic TV with the help of BJP’s Rajya Sabha MP Rajeev Chandrasekhar in 2017.