Tina Ambani has sensationally revealed how the nationwide lockdown had forced the three men in her life to resort to a DIY grooming session. Three photos shared by Tina, Nita Ambani’s sister-in-law, of her husband and two sons, have gone viral on the internet, prompting fans to admire the simplicity of one of India’s super-rich families. This came just weeks after Tina wrote an adorable message for Shloka Mehta and Akash Ambani on their first wedding anniversary. 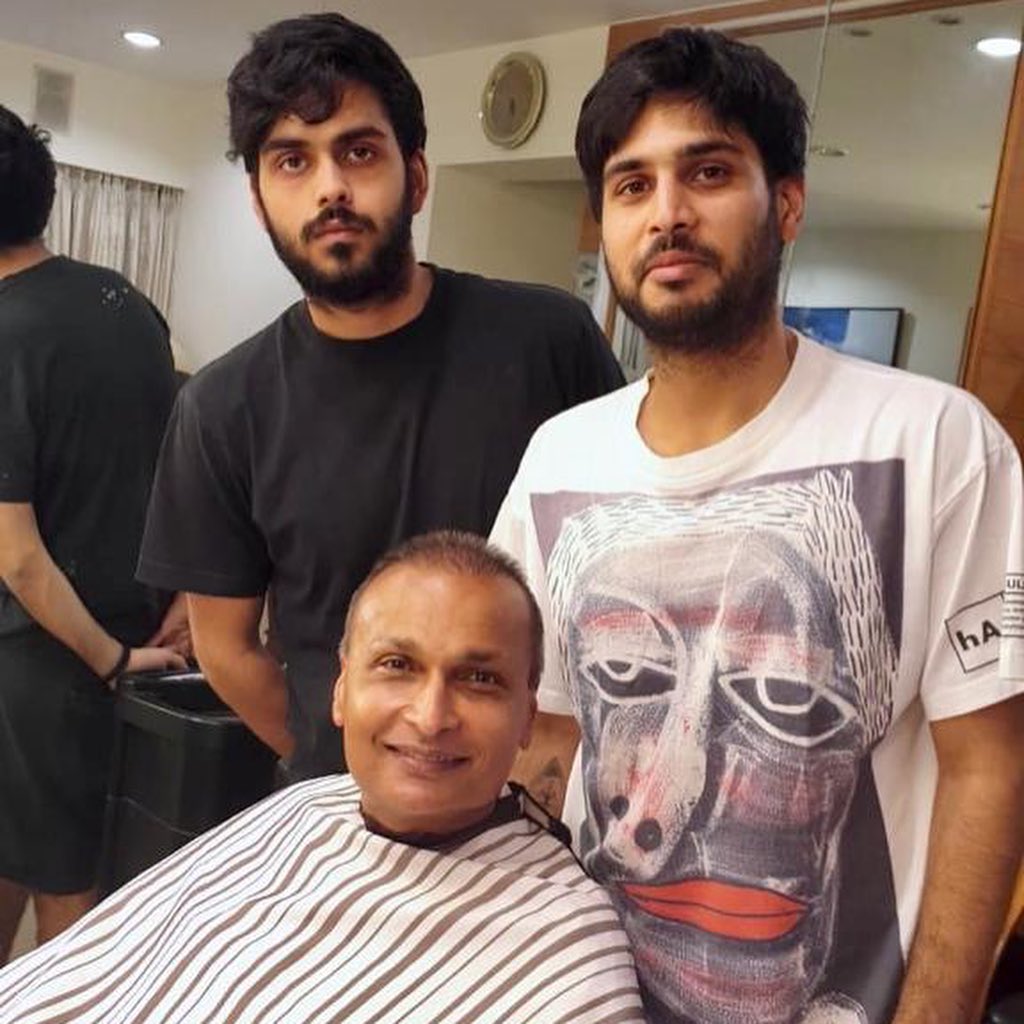 Sharing photos of her husband Anil Ambani and sons Anmol and Anshul, Tina wrote, “More than ever before, during this time of global churn, we’ve realised the importance of family. Hold your loved ones dear, enjoy your time together, even if virtually – they are your true haven, your very own safe space.”

The choice of her hashtags such as #HairraisingTimes and #TheNewNormal just shows how the COVID-19 pandemic has also impacted India’s famous family. In one photo shared by Tina, her husband Anil Ambani, the younger brother of India’s richest businessman Mukesh Ambani, could be seen posing for the camera with his two sons either during or after a haircut session at his home. Another photo showed Tina’s sons helping each other with trimming the hair. In the third photo, while one son was busy trimming his beard, another son looked in the mirror as Tina clicked their activities using her mobile phone camera.

. #HairraisingTimes #TheNewNormal More than ever before, during this time of global churn, we've realised the importance of family. Hold your loved ones dear, enjoy your time together, even if virtually – they are your true haven, your very own safe space. #internationalfamilyday

Her posts evoked plenty of reactions including from Abhishek Bachchan. One fan wrote, “Amazing bonding?” Another commented, “So true.. some positive sides of quarantine.” “The family Cutting hairs together stays together,” wrote another fan.

Tina had recently written a profound note on the tragic death of her former Bollywood co-star Rishi Kapoor, who died battling leukaemia for two years. Tina’s note had said that Rishi Kapoor’s death left her devastated.