Ben Stokes on Sunday night single-handedly guided the Rajasthan Royals to an incredible victory against Mumbai Indians as he scored his second IPL hundred. But the star all-rounder was almost teary-eyed after the match due to his father’s poor health back in New Zealand. 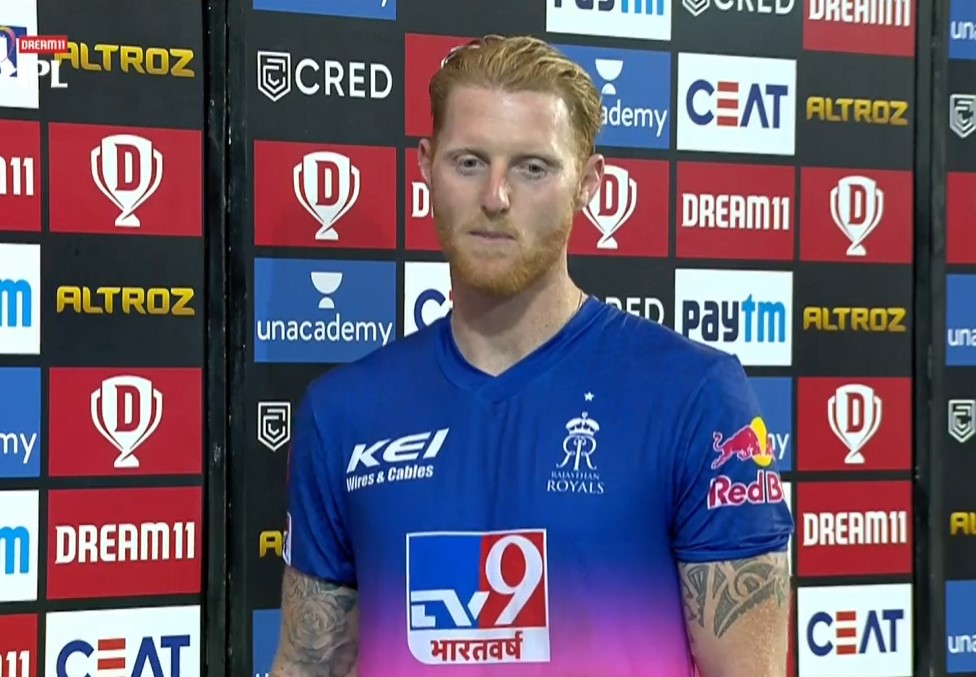 A visibly emotional Stokes said that situation with regards to his father’s poor health was still not well back home. He said, “Obviously, things are a bit difficult at the moment. I take a bit of solace that back home where things are a bit tough, hopefully, this has given them some happiness I guess.”

The world’s number number 1 all-rounder had to leave England midway through the Pakistan series to be with his parents in New Zealand after his Dad Gerard Stokes, himself a former rugby player, was hospitalised. He had to miss England’s two Test matches against Pakistan at the Ageas Bowl. He had to miss several IPL matches and could only join Rajasthan Royals in the middle of the competition.

Writing for mirror.co.uk, Stokes had said, “Saying goodbye to my dad, my mum and my brother in Christchurch was tough. It has been a difficult time for us as a family, but we’ve pulled together and supported each other as best we can. And I was able to get on the plane with my parents’ love and blessing after we reached the decision, for me to get back playing, as a family with no external influences,”

“Sort of bittersweet to be honest. You know I’m a bit taken aback that it took me so long to get back in the tournament for the team. I would have preferred to get this back two or three games ago when we wouldn’t have to rely on other results to get us through the qualifier. It’s always nice to get back into form, but we are relying on a few other results. Yeah, bittersweet.”

Explaining what clicked for him in the match against Mumbai Indians on Sunday night, the star cricketer from England said that his training in the nets the previous day was ‘the best’ he had since arriving in the UAE. “I came into this game with more confidence than the other games,” he added.

Needing 196 to win, Rajasthan Royals achieved the target with 10 balls to spare. Ben Stokes remained not out at 107, which he needed just 60 balls to score. This was his second IPL hundred.