Bharti Singh of The Kapil Sharma Show threatened to beat her husband up after former Bigg Boss contestant Shehnaaz Gill aka Punjab’s Katrina Kaif accused Haarsh Limbaachiya of asking for a kiss. The video of Shehnaaz and Bharti ganging up against Haarsh was shared by the former on her Instagram account. 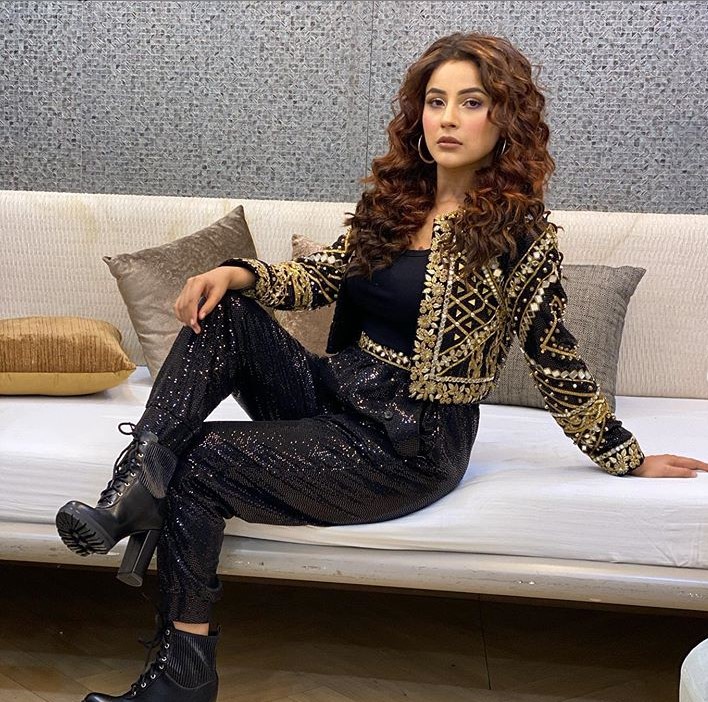 Sharing the video, Shehnaaz wrote, “Aa rahi hoon, Apna swag lekar… In Shandaar Ravivaar, 25th October Se every Sunday 12pm only on @colorstv. (I am coming with my own swag).”

The show Shaandaar Ravivaar will have Bharti and Haarsh featuring as hosts. Also present will be Aaditya Narayan, who was seen hosting the Indian Idol show on Sony TV until last year.

In the video, Bharti was seen holding her husband by his collar as she said, “Why were you flirting (with Shehnaaz)?” Shehnaaz said, “He was asking for a kiss…I am fit girl from Punjab. Just because I’ve lost weight…”

Bharti replied, “I have still not lost eight and I have full power intact.”

Speaking to an entertainment website about her new show, Shehnaaz said, “I am extremely excited to be back on COLORS in this festival season with Shandaar Ravivaar, especially to meet and share the stage with comedy masters Bharti, Harsh & Aditya. Bharti di is truly a gem of a person, and we really bonded well, given that we both have a strong Punjabi connection.”

“I was also very excited to take up the mic again to sing for my fans. I had a lot of fun while performing I am sure everyone’s going to love it. I wish a very happy festive season to all,” Pinkvilla quoted her as saying.

Shehnaaz’s new show will run for at least five weeks featuring guests from the Indian TV industry. Among those likely to appear on her are former Bigg Boss contestant Rashami Desai, Sayantani Ghosh, Maniesh Paul, and Vibhor Parashar.