Keralites are thronging to tennis star Maria Sharapova’s timeline to apologise en masse after Sachin Tendulkar decided to parrot the government line to counter Rihanna’s extraordinary support to protesting farmers in India. They are writing apology notes for having trolled the five-time Grand Slam champion way back in 2014 after expressing ignorance about Sachin Tendulkar. 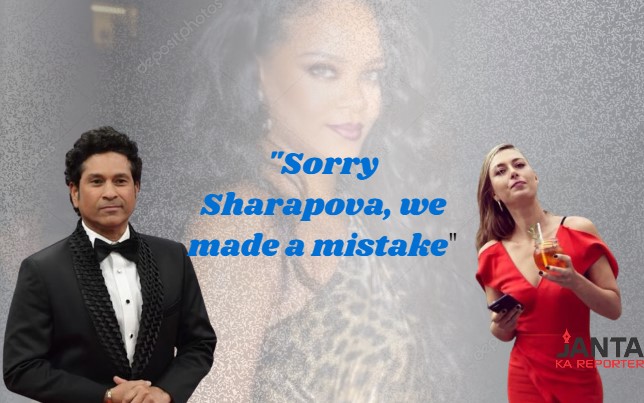 One Keralite wrote on Sharapova’s timeline, “When you said you don’t know about Sachin Tendulkar, we came here to thrash you. But now destiny has proven why one shouldn’t know about him. You were right Maria. We apologise.” Another commented, “We also don’t know.We try to forget him.we hate Sachin.”

“You were misunderstood by the Malayalees, I apologize for all the Malayalees,” wrote one user from Kerala. Another Keralite wrote, “Once we keralites were so sad by your comment on Sachin Tendulkar. But now we realize how fake He was to the people of our nation and its diversities.His comment on indias farmers protest #standwithfarmerschallenge had proved his worst mindset that Devotes to the anti farmers government laws.” “Sorry sharapova , we made a mistake,” wrote another fan from Kerala.

Keralites are hurt by Tendulkar’s decision to toe the government’s lines on the farmers’ protest at Delhi borders. The former India batsman was one of the many Indian celebrities who moved with lightning speed to defend the government after US pop star Rihanna, environmental activist Greta Thunberg and Meena Harris, the niece of US VP Kamala Harris, raised their voice on the government crackdown against farmers.

Tendulkar had joined other celebrities including Akshay Kumar, Saina Nehwal, Karan Johar, Lata Mangeshkar, Ajay Devgn, Virat Kohli and Anil Kumble to defend the government. Tendulkar had taken to Twitter to write, “India’s sovereignty cannot be compromised. External forces can be spectators but not participants. Indians know India and should decide for India. Let’s remain united as a nation. #IndiaTogether
#IndiaAgainstPropaganda.”

In 2014, Tendulkar had joined English footballer icon David Beckham in the Royal Box of the Centre Court in Wimbledon to watch Sharapova’s match. Speaking about Beckham, the Russian tennis legend had said, “I’ve actually met him a couple times at events in LA and in London. He is a great guy. Besides being an incredible football player, he has done so much in his career, having a family, maintaining so many things off the court. He is a really nice person to chat to. We’re not best friends or anything, but it’s nice to be able to say hello and congratulate each other on achievements we’ve had in our careers and so on.”

However, when Sharapova was asked, “Sachin Tendulkar was the other person who came in at the same time as David. Do you know who Sachin is?” she had wasted no time in replying, “I don’t.” This had prompted many Indians to troll her.

Keralites have decided to correct those mistakes on behalf of all Indians.