Indian Idol judge Neha Kakkar and singer Sunidhi Chauhan are arguably two of the least controversial Bollywood celebrities but thanks to controversial actor Kangana Ranaut, they too found themselves embroiled into the controversy over Rihanna’s tweet expressing solidarity in favour of protesting farmers in India. This was after Kangana launched personal attacks against Rihanna and anyone, who appeared to even remotely agree with the American pop icon. 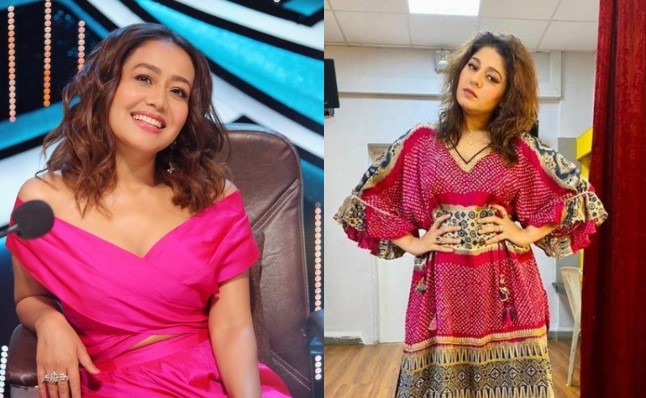 Kangana first declared protesting farmers ‘terrorists’ while reacting to Rihanna’s tweet. She wrote, “No one is talking about it (farmers’ protest) because they are not farmers they are terrorists who are trying to divide India, so that China can take over our vulnerable broken nation and make it a Chinese colony much like USA… Sit down you fool, we are not selling our nation like you dummies.”

She then likened Rihanna to Neha Kakkar and Sunidhi Chauhan in an unflattering manner as she wrote, “Yes please India wants to know, to simplify to Indians, she is a singer much like Sunidhi Chauhan or Neha Kakkar …what is so special about her, well… she can shake her bum cheeks and expose her ass crack right in to the camera lens while singing..ya that’s all. Nothing else.”

Kangana’s decision to cast veiled aspersion at two of India’s most popular singers did not go down well with the pro-BJP actor as fans of Neha and Sunidhi began to dig out her raunchy photos and videos from the past.

You work so sweet? pic.twitter.com/t0Bqi9GNry

Neha and Sunidhi have decided to ignore Kangana’s decision to drag them into a controversy.

Kangana also had to face public ridicule for her decision to attack singer-actor Diljit Dosanjh by calling him Khalistani before attacking actor Taapsee Pannu by declaring her a cheap copy.