Soon to be Isha Ambani’s neighbour, Shahid Kapoor’s wife Mira Rajput has revealed that she had a crush on one man, as well as being in love with another. She made the revelation during a Q&A session on Instagram. 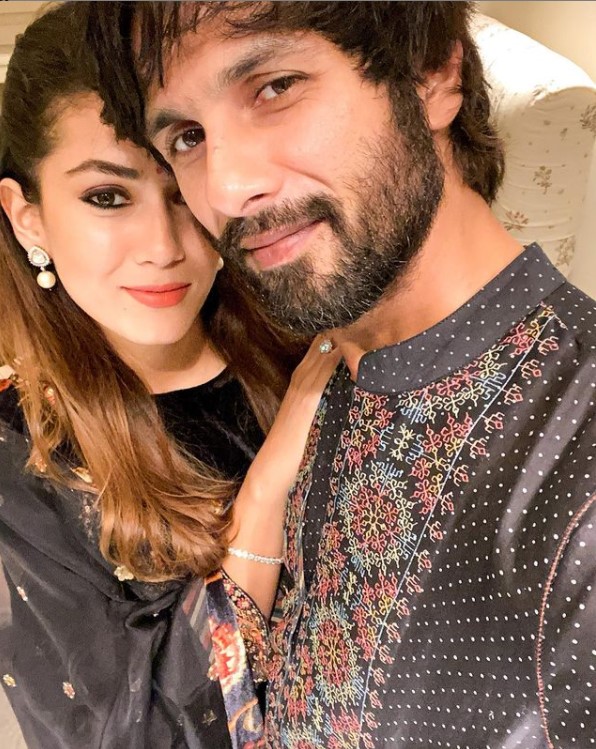 Shahid has not responded to his wife’s love for another man, but his reaction would indeed be of interest to his fans.

“This is very easy for me. I love my sister, my Mom, my kids and my husband. But my favourite family member is my Dad. I love you Dad,” Mira said.

Mira also revealed that she always won during family arguments with Shahid at home. She said, “Me, who else?” Staying with her husband, Mira said that Shaid made ‘zillion typos’ adding that ‘I have to really figure out what he is saying.’ “But by now, I’ve kind of understood what he says.”

“But, I love him. I love everything about him,” Mira said about her husband.

Shahid Kapoor, who recently completed the shooting for his upcoming thriller, Jersey, is the son of veteran Bollywood actors Pankaj Kapur and Neelima Azeem. He had tied the knot to Mira in 2015 after splitting with Kareena Kapoor, who later married Saif Ali Khan. Mira gave birth to the couple’s first child, Misha, in 2016 while their son, Zain, was born in 2018.

Shahid and Mira had bought a posh duplex in Worli for a whopping Rs. 56 crore, but they continue to reside in their sea-facing Juhu apartment. After their move to Worli, both Shahid and Mira would become Isha Ambani’s neighbours. The billionaire daughter of Mukesh and Nita Ambani has a Rs. 450 crore bungalow in Worli.