Janta Ka Reporter 2.0
Home Entertainment “Then they say UP is being defamed through Mirzapur and Paatal Lok”:...

Police in Uttar Pradesh have arrested at least people after their ugly brawl over the business of chaat in Baghpat went viral, triggering jokes and meme fest. Those arrested also include Harinder, declared as the chacha (uncle). The uncle has become a topic of widespread memes with many likening him to Einstien. 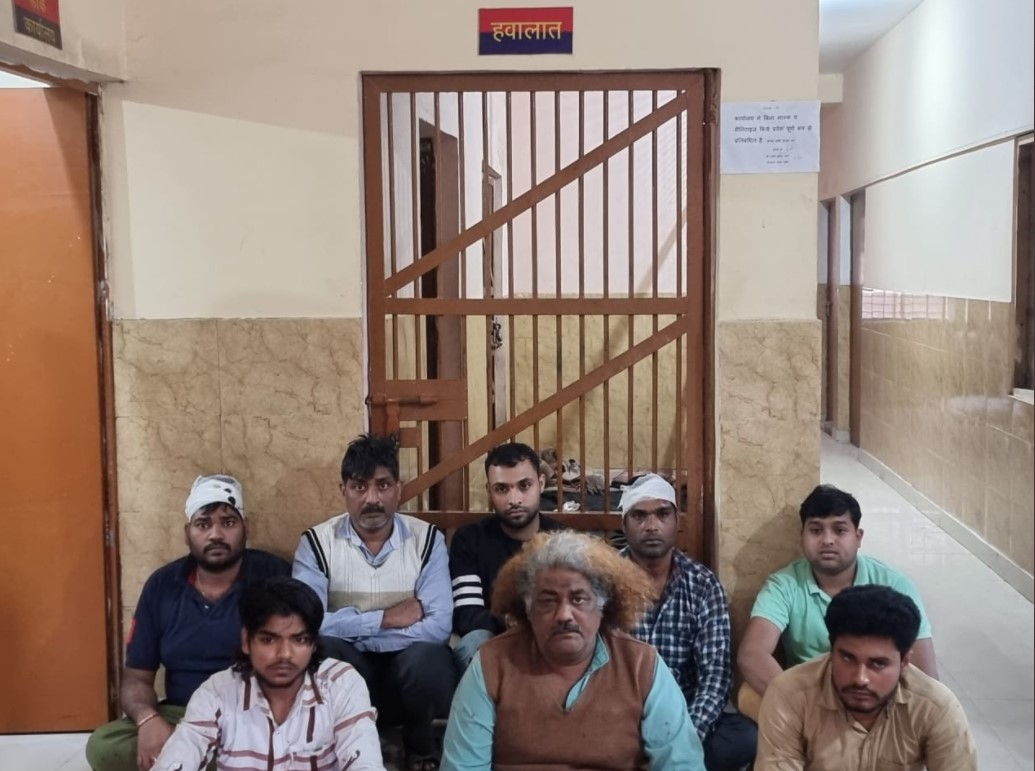 A statement by the Baghpat Police said, “08 people have been arrested in connection with a fight in Badaut area of Baghpat over customers.”

Harinder later said that he ran the chaat shop in the area for more than 40 years until his rival set up the same business next to his stall.

#WATCH | The man seen in the viral Baghpat brawl clip explains reason for the fight. The man is now in jail, this interview is from last night pic.twitter.com/PII1Rb5OvX

Ngl the guy in the checkered shirt is a legend in street fighting. Saaale sab milke usi ko maar rahe the and he came out in one piece. The Indian Einstein in the front is a whole other mood. Chicha ne keh ke le li?? to think this is all because of Chaat??? india is diff?? pic.twitter.com/rnvH5vSmh5

The irony of this nation lies in the fact that if the Baghpat Chaat fight is covered by an OTT as a webseries or a meme, the Baghpat administration is likely to file a case against the makers of the series using original content for showing their city in bad light.

The infamous Baghpat wale chacha can well be in #BiggBoss15! ? pic.twitter.com/KqVVYZai48

The Baghpat Police are currently investigating the matter.