Salman Khan has continued to lash out at Shehnaaz Gill for her theatrics but the real reason for the Bigg Boss show host Salman Khan’s anger was revealed in the latest promo broadcast by Colors TV. It seems Salman has been upset because of Shehnaaz’s continuous attempts to draw a comparison with his ex-girlfriend Katrina Kaif. 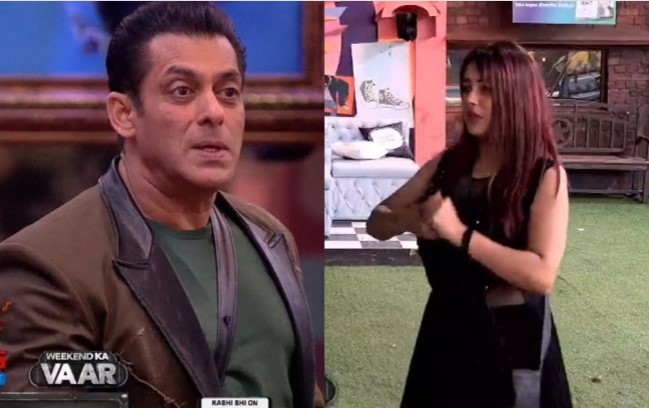 In the new promo broadcast by Colors TV on Saturday night, Salman was heard saying in anger, “She’s (Shehnaaz) not a two-year-old child. Just because a few people now know her, has she become Katrina Kaif?”

This was after Salman entered the house. While all the housemates rushed to meet him, Shehnaaz continued to sulk in the garden area. Siddharth Shukla made desperate attempts to convince her to come inside the house and meet Salman, but she turned down his requests.

This annoyed Salman as he told Siddharth, “Shukla, you come inside. You don’t have to convince her so much.”

Shehnaaz said to Salman, “I want to speak to you.” To which Salman replied, “No, there is no room for rude behaviour in this house.”

Earlier, Shehnaaz had told Salman that if Bigg Boss was to praise her, he would say that her eyes were as beautiful as that of Katrina Kaif and Salman was desperately waiting for her outside to cast her in his film.

As first reported by Janta Ka Reporter, Salman had lashed out at Shehnaaz for her ‘drama’ and even asked the makers of the show to open the gate so that the contestant from Punjab could walk out of the competition. In the same promo, Salman was later seen addressing Siddharth with a word of caution. He had said, “Siddharth, you be very careful of this woman because she is in love..”