Tina Ambani has written a soulful note on the occasion of Isha Ambani’s second wedding anniversary on Saturday as she wished her Nita Ambani’s daughter and her husband Anand Piramal ‘lifetime of togetherness.’ Tina’s heartfelt message came just days after Shloka Mehta gave birth to a son. 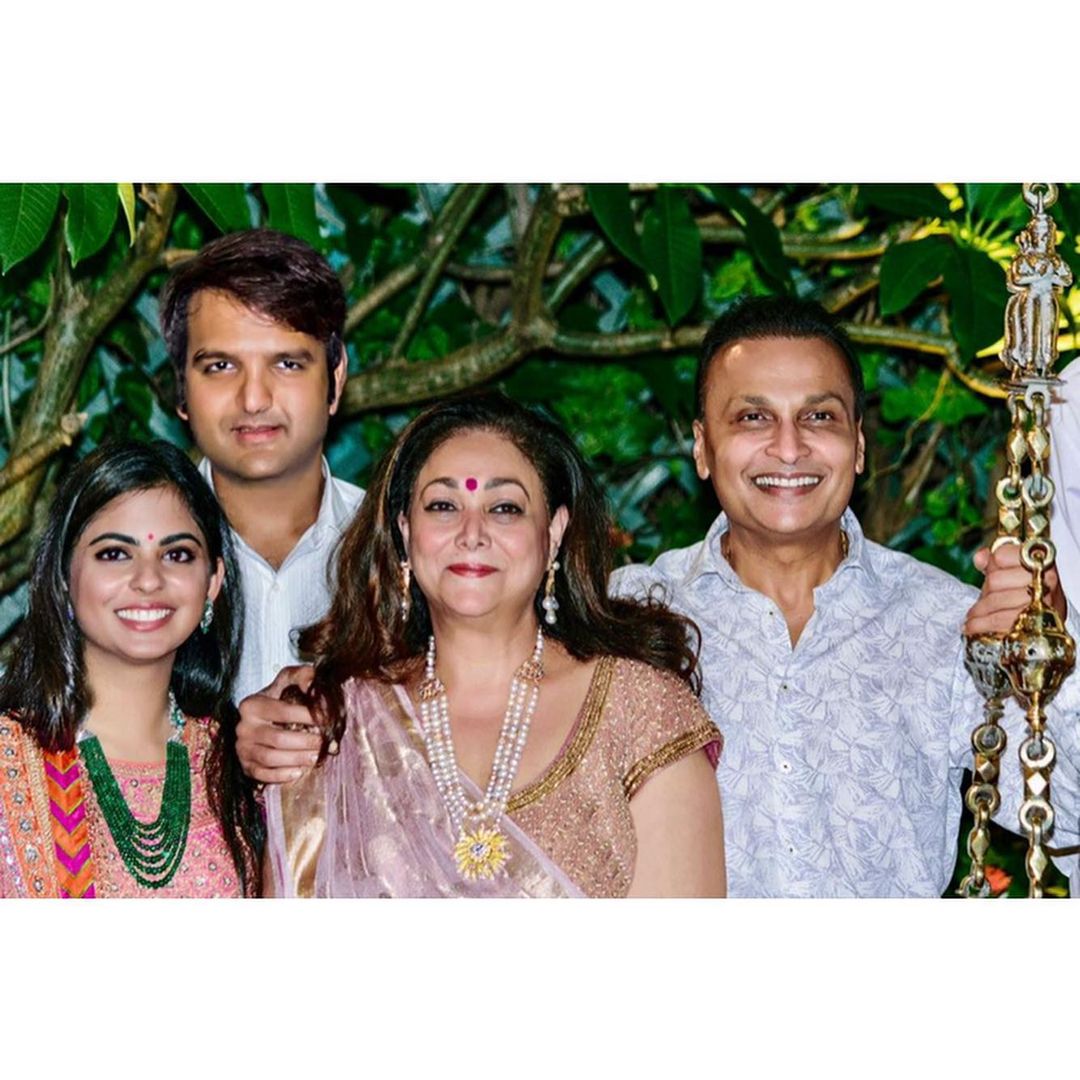 Sharing a photo of Isha and her husband, Tina wrote, “Two individuals who are perfectly matched, two souls sharing a remarkable journey, two years of wedded bliss! Wishing you a lifetime of togetherness, joy and new adventures Isha and Anand. Much love and many blessings!”

In another photo, Tina and her husband Anil Ambani can be seen posing for the camera with Isha and Anand. Tina also tagged Isha, who holds a private account on Instagram. The Ambani heiress has, however, not responded to her message.

Isha and Anand had exchanged wedding vows on 12 December in 2018, while her twin brother Akash got married to Shloka three months later even though his engagement with the daughter of a billionaire diamond merchant had taken place before his sister.

In one of her old interviews, Isha had showered praises on her brother’s large-heartedness for sacrificing his own wedding date for his sister. She had told Vogue India, “Akash has the largest heart ever. He changed his wedding dates for me. He got engaged to Shloka before Anand and me, but he was like, ‘I’ll get married afterwards, you take my wedding dates.’ He’s like one of the most—I don’t think there’s a word for it in English—’dayalu’ humans in this world. He’s empathetic, gracious and gentle, just like Shloka.”

Last week, Mukesh Ambani posed for the camera with his first grandchild after Shloka Mehta and Akash Ambani became proud parents of a baby boy.