Oscar-winning music maestro AR Rahman’s daughter Khatija Rahman has announced her engagement with one Riyasdeen Shaik Mohamed. The daughter of Indian music legend took to social media to share her photo with her fiance. 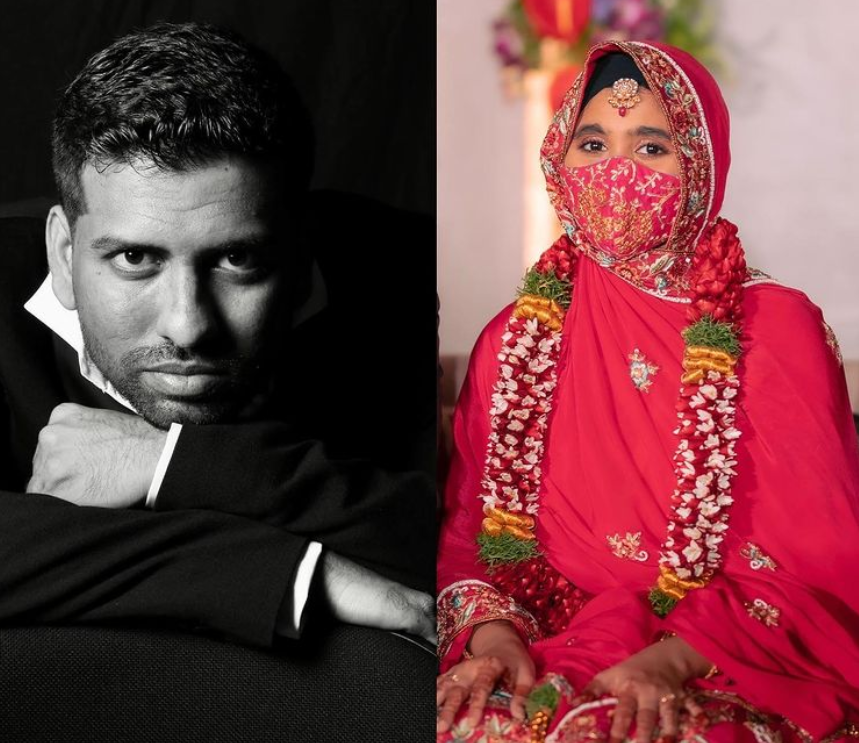 Khatija wrote, “With the blessings of the Almighty I’m happy to announce to you all my engagement with Riyasdeen Shaik Mohamed @riyasdeenriyan, an aspiring entrepreneur and a wizkid audio engineer.”

“The engagement happened on 29th December, my birthday in the presence of close family and loved ones.”

Khatija’s finance has been working with AR Rahman as his sound engineer and has accompanied the music legend to many international LIVE shows. Riyasdeen too shared the identical post on social media announcing his engagement as he described his to-be wife Khatija as ‘musician, producer & philanthropist.’

Last year, Bangladeshi hatemonger Taslima Nasreen had trolled Khatija for covering her face with Islamic veil. The fiery daughter of India’s biggest music name had decided to shut up the hatemonger as she wrote, “Been only a year and this topic is in the rounds again..there’s so much happening in the country and all people are concerned about is the piece of attire a woman wants to wear. Wow, I’m quite startled. Every time this topic comes the fire in me rages and makes me want to say a lot of things..

Also Read: “Please get some fresh air.. I’m proud and empowered for what I stand for”: AR Rahman’s daughter Khatija shuts up Bangladeshi immigrant Taslima Nasreen for tweet on burqa

“Over the last one year, I’ve found a different version of myself which I haven’t seen in so many years. I will not be weak or regret the choices I’ve made in life. I am happy and proud of what I do and thanks to those who have accepted me the way I am. My work will speak, God willing.. I don’t wish to say any further. To those of you who feel why I’m even bringing this up and explaining myself, sadly it so happens and one has to speak for oneself, that’s why I’m doing it. ?.”