Not too long ago, Shahid Kapoor’s wife Mira Rajput and Nita Ambani’s daughter-in-law Shloka Mehta were in news for flaunting their expensive footwear while out and about in Mumbai. Now, joining the two is the Candian actress-dancer of Moroccon origin Nora Fatehi, who appeared on The Kapil Sharma Show on Saturday along with Uri actor Vicky Kaushal. 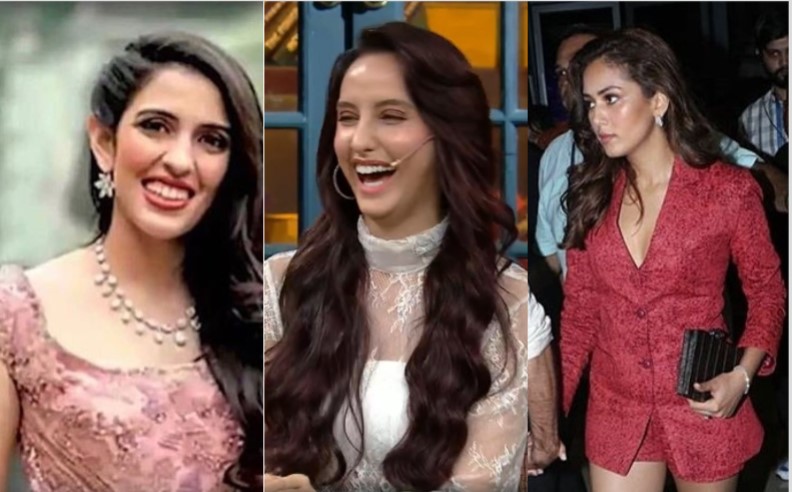 The two were on The Kapil Sharma Show to promote their new T-Series album Pachtaoge.  With Arijit Singh as the lead singer of the album, this new love song features Vicky Kaushal and Nora Fatehi as protagonists.

Nora sizzled on The Kapil Sharma Show as she performed Dilbar track raising the temperature in on the sets. Dressed in the white-laced high-neck top and black leather midi skirt with a thigh-high slit. However, what stood out during the show was her unmistakable signature black Christian Louboutin pumps. The lowest price of Louboutin pumps is $695 or close to Rs 50,000 with the most expensive footwear of this exclusive range priced at $6,000 or Rs 4.2 lakh. 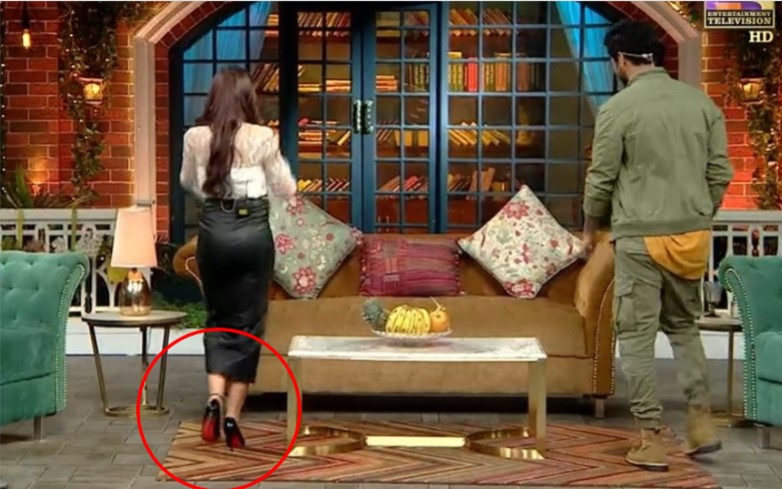 Not too long ago, Mira Rajput was seen stepping out for gym while wearing the luxe brand Balenciaga’s basic leather flat pool slides. The cost of her footwear, according to a report by Times of India, was a whopping $500 or Rs 34,340.

Last month, Shloka, who married Nita Ambani’s son Akash Ambani in March this year, was seen wearing an equally expensive pair of heels when she attended the retirement party of former India cricketer Yuvraj Singh. When she attended the party with husband Akash, people could not stop noticing her Sophia Webster’s iconic butterfly heels, which was believed to have cost the Ambani bahu Rs 80,000.

Clearly, it appears to be the season of Mumbai’s celebrity to flaunt their expensive footwear.

Nora Fatehi’s Pachtaoge album has become a rage on youtube, where more than 17 million users have already viewed the video.