Archana Puran Singh of The Kapil Sharma Show has become an integral part of Sony TV’s comedy show with fans loving her incessant laughter as the judge. The veteran actor has had to face repeated potshots from Kapil’s guests, who often gave her grief by reminding her that she was earning millions by simply laughing on the show. There’s hardly any episode of The Kapil Sharma Show in which Archana’s laughter has not been brought up by either of the co-stars or guests. Archana has now finally revealed the reason for her endless laughter. It was the late Reema Lagoo, who had blessed Archana in 1993 with a wish that she would always be laughing. 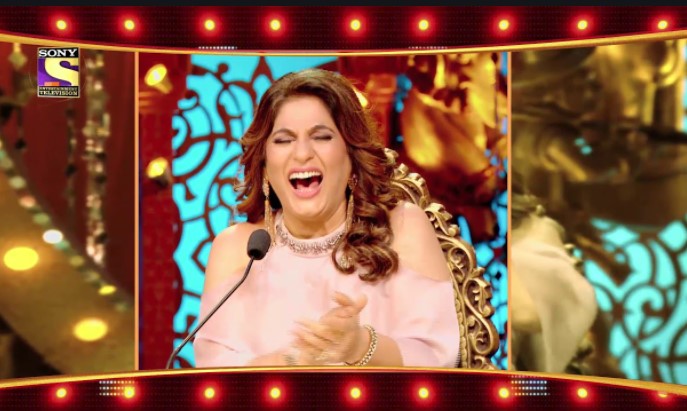 It was in 1993 when Archana and Reema Lagoo acted together in a horror film, Mahakaal. In one scene, Reema had said to Archana, “Kitne dino baad tujhe hasta hua dekha, mai bahut khush hu. Bhagwaan kare tu aise hi humesha hasti rahe. (I am seeing you laughing after a long time, I am very happy. I pray to God that you always keep laughing.)”

Archana mixed the scene from Mahakaal with horror laughter, which she said was taken from one of the episodes of Zee Horror Show.

Archana’s co-star Kiku Sharda had recently said on The Kapil Sharma Show, “Do you know that I keep cracking such jokes? One day I cracked a joke in front of Archana ji. She laughed a lot. She’s been laughing since then and I don’t even have to crack a joke now.”

Last year, Kapil Sharma teased Archana by announcing that he had found her replacement as the judge of The Kapil Sharma Show. He did so by referring to one of his guests from India’s iconic TV series, Hum Log. This was after actress Divya Seth could not stop her laughter at the jokes being cracked by Kapil and his co-stars on Sony TV’s popular comedy show.

The Kapil Sharma Show is currently off-air due to Kapil’s paternity leave. Kapil and his wife Ginni were blessed with a baby boy recently. Kapil was spotted in a wheelchair on Monday at the Mumbai airport. Annoyed by the constant hounding by paparazzi, Kapil had lost his cool and even addressed a photographer as an ullu ke patthe.

Aside from sharing screen space in Mahakal, Archana and Reema Lagoo also acted in the blockbuster comedy series Shriman Shrimati. Reema Lagoo passed away in 2017 at the age of 59.