Delhi’s deputy chief minister, Manish Sisodia, on Monday made a stunning claim about an alleged offer from the BJP as he invoked his ‘Rajput’ caste amidst CBI probe in the liquor scam. 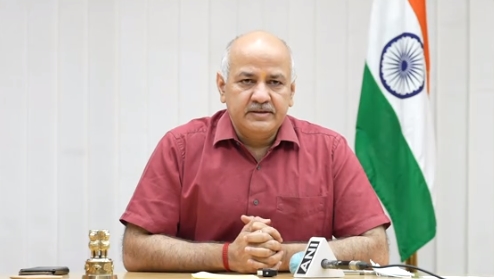 Sisodia, who’s facing heat for his alleged role in the liquor scam, claimed that the BJP had offered him to leave the Aam Aadmi Party. The AAP leader, however, presented no evidence in support of his extraordinary claims.

“I’ve received a message from the BJP – break “AAP” and join the BJP, all CBI ED cases will close. My reply to BJP – I am a Rajput, a descendant of Maharana Pratap. I will cut off my head but will not bow down in front of the corrupt conspirators. All the cases against me are false. Do whatever you want to do,” Sisodia wrote on Twitter.

The CBI had conducted raids on 21 locations including the official residence of Sisodia last week for his alleged role in making changes to the new excise policy to allegedly help private players. He is accused of indulging in corrupt practices, allegations that he has denied vehemently.

Both Sisodia and his boss, Arvind Kejriwal, had said that the Centre’s Narendra Modi government was harassing the AAP leaders to derail their good fovernance in the national capital.