A Pakistani journalist is facing backlash for his stunning claim that former Pakistani Prime Minister Imran Khan has fled from Pakistan fearing ‘arrest.’ Supporters have Khan have lashed out at journalist Asad Ali Toor, who tweeted about Khan’s alleged escape from Pakistan. 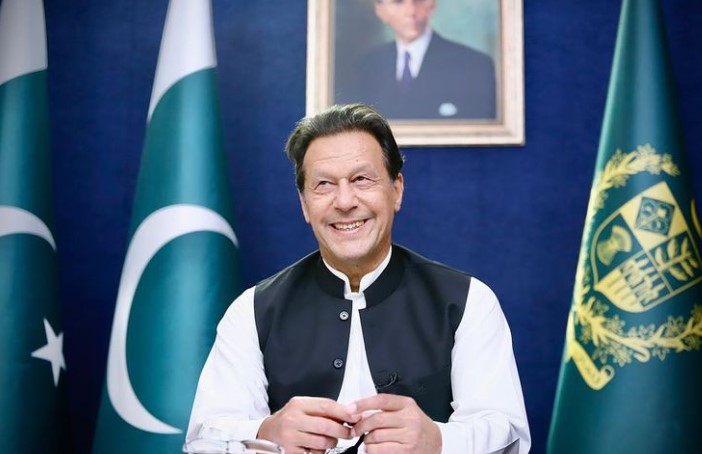 Reacting to Toor’s claims, supporters of the former Pakistani PM launched a brutal attack on the journalist using expletives and personal jibes. One wrote, “Flees to asad toors bajis house where he already found bagloool.” Another asked, “Haha, If IK flees to avoid arrest, Then why PTI whole leadership is near Bani Gala?.”

Earlier, Khan accused the country’s broadcasting watchdog,PEMRA, of banning his public speech both on TV channels and YouTube. He tweeted in English and Urdu, “The fascist Imported govt sunk to a new low today by banning live coverage of my speeches on TV & then blocking YouTube temporarily during my speech at Liaquat Bagh. All this after continuous intimidation of mediapersons & taking channels off air earlier.”

His subsequent tweet read, “This is not only a gross violation of freedom of speech but also negatively affects the digital media industry and the livelihoods of many. What they need to understand is that no matter what they do, they cannot suppress the will of the people which is Haqeeqi Azadi.”

Khan was ousted from power earlier this year after some of his own parliamentarians rebelled against him. This led to the formation of an alternative government led by Shehbaz Sharif, brother of former Prime Minister Nawaz Sharif.

Meanwhile, some reports claim that Khan has urged his supporters to travel to Islamabad in a show of strength in the event that he was arrested by the current regime.