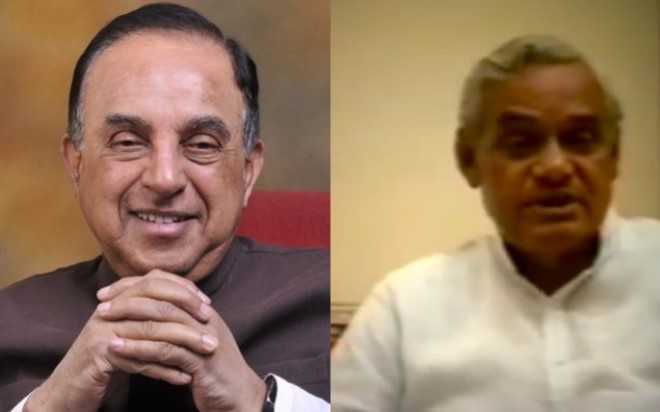 In the viral video, shared by Congress leader Jairam Ramesh, Vajpayee could be seen recalling how Rajiv Gandhi had included the BJP leader in an America-bound delegation and paid for his medical expenses when he heard about his financial difficulties.

“I developed a kidney ailment. Doctors advised me to go to the United States for further treatment. It became difficult for me to make financial arrangements.” Jairam Ramesh gave senior journalist Karan Thapar the credit for the clip.

“Somehow, Rajiv ji came to know about that. He called me. He decided to include me in the delegation to the United Nations. I became a full-fledged member. All expenses were paid by the government. I came back fully recovered,” Vajpayee said in the video.

Reacting to the clip, Swamy shared his own conversation with late Rajiv Gandhi as he wrote, “Rajiv Gandhi told me that ABV used to prostrate before him in RG’s PM Office in Parliament House to request RG to send him on a UN Delegation every Autumn session. ABV was a brilliant orator but in his personal life an embarrassment for us.”

After Jairam Ramesh shared the video on Gandhi’s birth anniversary, many had sued the clip to praise the late prime minister’s magnanimity, a quality they said was amiss in today’s leaders.