Bollywood actress Kiara Advani is facing widespread condemnation from fans for her decision to hang out with controversial actress Kangana Ranaut. Faced with fans’ ire, Kiara deleted a video that she had shared with Kangana endorsing the latter’s upcoming film. Both Kiara and Kangana had attended an Eid party organised by Salman Khan’s sister Arpita Khan. Also joining the party was Kangana’s bete noire Karan Johar. Fans are now threatening to unfollow Kiara for her decision to flaunt her friendship with a hatemonger, known for her Islamophobia. 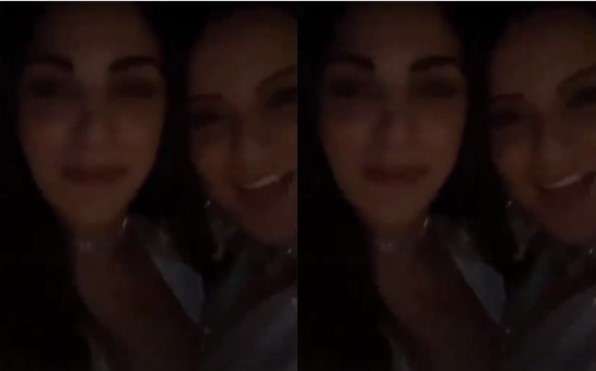 Both Kiara and Kangana had shared an identical video where the former was seen endorsing the pro-BJP actress’ upcoming film. However, many eagle-eyed fans noticed that the video had disappeared from Kiara’s Insta story. According to many fans, Kiara decided to delete the video fearing backlash her supporters given the divisive character of Kangana.

However, the video has now once again been uploaded.

This has evoked angry reactions from fans. One wrote, “kiara advani just lost a lot of fans…for sure.” Another fan commented, “WTF IS KIARA ADVANI DOING HUGGING KANGANA RANAUT.” “Kiara advani and kangana. The lowest is what.” asked another fan.

kiara advani just lost a lot of fans…for sure

Kiara advani and kangana. The lowest is what.

It's very evident from this video how much #KiaraAdvani adores #KanganaRanaut. But what could be the reason Kiara deleted her insta story with Kangana after few hours ??pic.twitter.com/oIKD2TGoT0

Many Kangana fans reacted angrily when Kiara deleted the video saying that the former did not need anyone’s endorsement to promote her film.

On the work front, Kangana will be next seen in Dhaakad. The film is directed by Razneesh Ghai and produced by Deepak Mukut and Sohel Maklai under banners of Soham Rockstar Entertainment, Sohel Maklai Productions and Asylum Films.

As for Kiara, she will be next seen in Bhool Bhulaiyaa 2, which also feature Kartik Aryan. The film is directed by Anees Bazmee and set to release on 20 May. Kangana’s film Dhaakad too will hit theatres on the same date i.e. 20 May. It remains to be seen how the clash of two films will mean for their box office collections.