Controversial Bollywood actor Kangana Ranaut has lashed out at Bollywood actors Priyanka Chopra and Diljit Dosanjh for Tuesday’s violence during the farmers’ tractor march to Delhi that coincided with the country’s Republic Day celebrations. She also endorsed an abusive tweet by a right-wing troll targeting the parents of Varun Grover, the writer of Sacred Games featuring Saif Ali Khan. 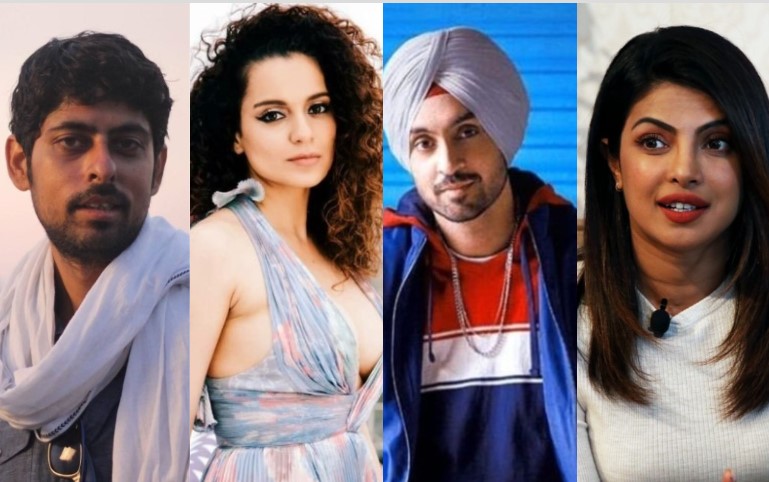 Taking to Twitter, Kangana attacked Priyanka and Diljit as she wrote, “You need to explain this @diljitdosanjh @priyankachopra Whole world is laughing at us today, yahi chahiye tha na tum logon ko!!!! (This is precisely what you wanted, didn’t you?) Congratulations.” 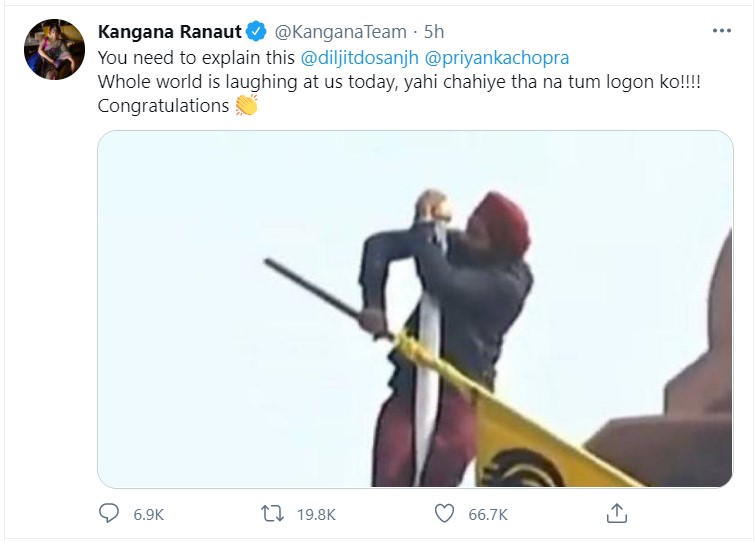 Tens of thousands of farmers entered Delhi driving tractors on Tuesday while protesting against the Farm Laws. Their entry was marred by violence as the Delhi Police fired tear gas shells. At least one farmer was killed in the violence. While farmers said that he was killed in police firing, the police said that he died after his tractor overturned near the ITO crossing.

Varun Grover, who wrote Sacred Games starring Saif Ali Khan, reacted to the chaotic scenes prevailing in Delhi as he tweeted sarcastically, “The entire fault lies with Nehru and Gandhi. There wouldn’t be Republic Day had they not secured independence (from the British).”

One right-wing troll made disparaging remarks about Varun’s parents as he tweeted, “The entire fault lies with your parents. Had they not come together, there would be one less idiot today.” Kangana chose to share the abusive tweet of the troll and wrote, “I wish.”

Kangana also shared a video of herself with a caption that read, “Sick and tired of riots and blood bath almost every month , Delhi, Bangalore and now again Delhi.”

Kangana also used a hashtag that appeared to urge the Delhi Police to teach farmers a lesson by resorting to violence.

Last month, Kangana and Diljit were engaged in a Twitter spat after Kangana made insulting jibes at two elderly women, Bilkis Bano of Shaheen Bagh and Maninder Kaur of Punjab for their decision to extend support to the farmers protest. Kangana was forced to delete her controversial tweet. The pro-BJP actor had also slammed Priyanka Chopra after the Quantico actor shared Diljit’s tweet to extend her support to the farmers.