Janta Ka Reporter 2.0
Home Entertainment “You have acted as a judge, jury and executioner in breach of...

Arnab Goswami has sent a legal notice to Indian Express for carrying a report on the Mumbai Police’s charge-sheet in the TRP Scam case. In his legal notice sent through Phoenix Legal law firm, Goswami has expressed his disappointment accusing the Indian Express of having ‘acted as a judge, jury and executioner in breach of all journalistic ethics and against the well-settled law.” 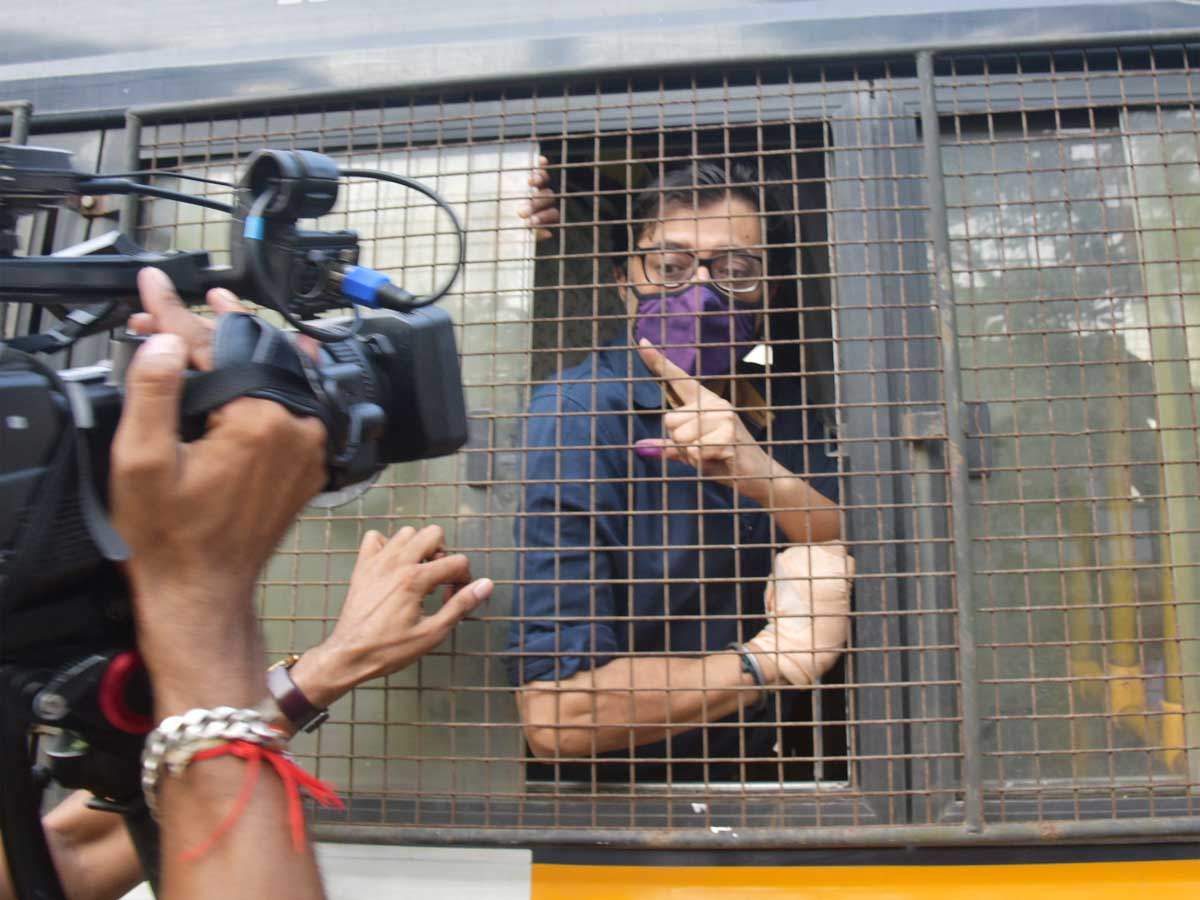 Indian Express, in its report on Monday, had reported how the then CEO of BARC, Partho Dasgupta, had confessed to the Mumbai Police on receiving Rs. 40 lakh and $12,000 from Goswami to manipulate TRP in favour of Republic TV over a period of three years.

Goswami said in his legal notice to Indian Express, “You have acted as a judge, jury and executioner in breach of all journalistic ethics and against the well-settled law. By concealing material facts, pronouncing our client guilty of TRP manipulation, even though the matter is pending investigation and is also sub judice, your assertions amount to criminal contempt of court and, it appears, that these are intended to further your own commercial and corporate interests through sensationalism at the cost of our clients’ reputation, and presumably to divert attention away from fact that the BARC audit report of July 2020 points towards the guilt of another channel. Your actions are aimed to discredit a senior journalist, run-down a legitimate and established media house and ensure unfair and undue personal gains in the process.”

According to Indian Express, Dasgupta had told the Mumbai Police that he had known Goswami since 2004 when both worked in Times Now. “We used to work together in Times Now. I joined BARC as CEO in 2013. Arnab Goswami launched Republic in 2017. Even before launching Republic TV he would talk to me about plans for the launch and indirectly hint at helping him to get good ratings to his channel. Goswami knew very well that I know how the TRP system works. He also alluded to helping me out in the future,” the Indian Express had quoted Dasgupta’s statement.

Terming the news report by Indian Express vile, Goswami said in his legal notice, “The news report is a vile, hateful, malicious attempt by you and part of a severely prejudicial campaign engineered and implemented by the India Express against our clients and aimed at attempting to irreparably destroy their reputation as well as the reputation of the Republic Media network.”

Goswami has asked Indian Express to ‘cease and desist from reporting such misleading, fake, unsubstantiated, false and unverified news in the print and digital media, and other social media platforms and to remove the existing false news report published by you as mentioned above from all mediums.’

“Mr. Goswami commands immense respect and goodwill in the media fraternity, and is the current President of the governing board of the News Broadcasters Federation (NBF), which is India’s largest association of over 78 news channels from every region of the country,” the legal notice read.

As expected, netizens were quick to detect a glaring irony with Goswami accusing a publication of acting as a ‘judge, jury and executioner.’

Irony just died a 1000 deaths! –#Arnab/@republic have alleged that @IndianExpress has acted as “judge, jury and executioner”, has “breached all journalistic ethics”, and has promoted “fake and unsubstantiated news”!!!https://t.co/Fq3SCLnubY

The irony in that statement by Arnab ???? https://t.co/xKqVP2pucz