Gautam Gambhir looked visibly dejected after Rajat Patidar’s unbeaten century knock crushed Lucknow Super Giant’s IPL dreams. Patidar had taken just 52 balls to play a knock of 112 to secure a 14-run win for Royal Challengers Bangalore. As LSG skipper KL Rahul, the tournament’s second-highest run-scorer, left the field, he went past his team’s mentor Gautam Gambhir. TV camera did not miss the opportunity to capture the moment without realising that this would trigger a hilarious meme fest with a reference being made to Misbah-ul-Haq. 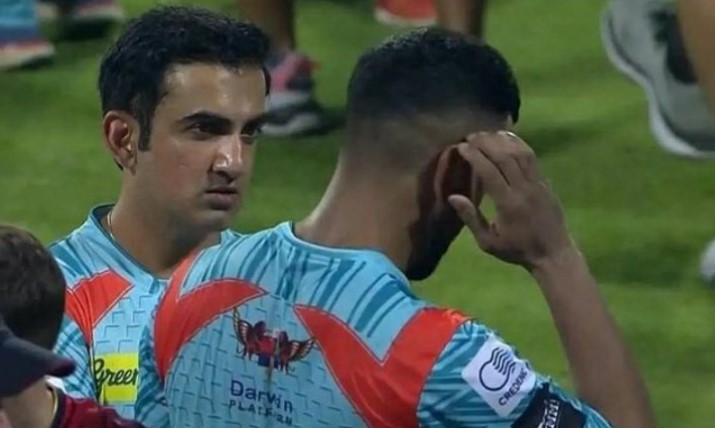 Cricket fans began to indulge in guessing games on what Gambhir may have told Rahul after the defeat. Some even suggested that Gambhir may have accused Rahul of behaving like former Pakistani skipper Misbah-ul-Haq, whose ill-judged shot had cost Pakistan the inaugural edition of T20 World Cup in 2007.

In 2007, Pakistan needed 13 runs off the last over against India to become the first-ever champions of the T20 World Cup. They were 146/9 and Misbah was still on the crease. Misbah hit Joginder Sharma for a huge six but misjudged the Indian bowler’s third delivery as he tried to loft it to the boundary in the fine leg. But he ended up handing an easy catch to S Sreesanth. This proved incredibly costly for Pakistan as India went on to lift the trophy.

Gautam Gambhir to KL Rahul after the match. #RCBvsLSG pic.twitter.com/XU1SzVFgEv

"How do you motivate your bowlers in strategic time-out?"

KL Rahul: I tell them if they go for runs, they will have to field near our dugout, next to Gambhir. #IPL

Lucknow Super Giants have had quite an impressive run in their debut season in the IPL as they made it to the playoff stage. However, they were left disappointed in the Eliminator match, losing to the RCB by 14 runs.