The Centre’s Narendra Modi government on Thursday acted tough against the Delhi government’s IAS officer couple after a newspaper report revealed how they had forced athletes out of a stadium so that they could take their dog for a walk. The Modi government sent IAS officer Sanjeev Khirwar to Ladakh, while his civil wife Rinku Dhugga been shunted to Arunachal Pradesh as part of their punishment postings. This also means that both husband and wife have now been separated. Earlier, both worked in Delhi with the Arvind Kejriwal government. 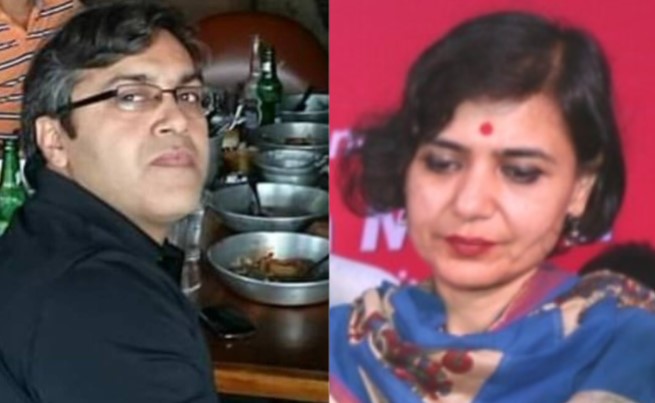 A report by Indian Express had found the couple forcibly shutting the Delhi government-run Thyagraj Stadium earlier than its scheduled time so that the couple could go for a walk with their dog.

Reacting to the news, a red-faced Delhi government had said that it had decided to keep the stadium open until 10 PM every night.

Delhi’s Deputy Chief Minister Manish Sisodia had tweeted, “News reports have brought to our notice that certain sports facilities are being closed early causing inconvenience to sportsmen who wish to play till late nite. CM @ArvindKejriwal has directed that all Delhi Govt sports facilities to stay open for sportsmen till 10pm.”

Angry netizens had demanded strict action against the guilty officers, but the foul-mouthed AAP MLA, Naresh Balyan had abused BJP leader by saying that his government did not control the IAS and IPS officers in India’s national capital. He had tweeted, “Dear fools @HarishKhuranna, Whole of Delhi knows that Arvind Kejriwal ji can’t even change his peon, so how will he give orders to IAS/IPS officers? Don’t you even know that IAS, IPS in Delhi are directly under the orders of Home Ministry and LG?”

According to reports, the home ministry headed by Amit Shah had sought a report from the Delhi Chief Secretary after the newspaper report sent shockwaves across the country.