Bharti Singh of The Kapil Sharma Show has left Bollywood in splits with hilarious video on COVID-19 days after Krushna Abhishek teases with ‘breaking news’ on quarantine. Bharti, also known as the laughter queen, has been forced to stay indoors for over two months due to the nationwide lockdown in India to fight coronavirus, took to Instagram to share a TikTok video to lighten up her fans’ mood amidst a global pandemic. 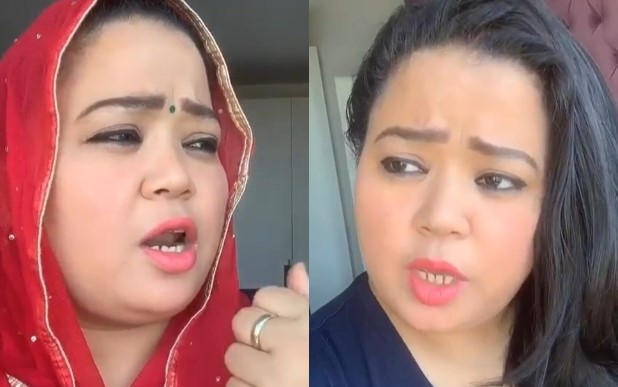 In the hilarious video, Bharti Singh was seen lip-syncing to an elderly woman’s voice, who is heard saying, “See, I spend 2-21/2 hours in the park every morning and I go to Satsang (religious gathering) in the evening, so I don’t think corona will come anywhere near me.” Playing a double role, Bharti is then heard asking in her original voice, “Because you go to Satsang?”

Bharti’s character of an elderly lady answers in amazement, “Aha, you have understood well.”

Bharti’s co-star Krushna Abhishek had recently teased her while replying to her Instagram post featuring a series of throwback photos from her trip to Disney Land in Paris. Reacting to Bharti Singh’s photo with her husband, Krushna had written, “Breaking news Bharti and gang in Essel world in quarantine.” Krushna’s joke left Bharti in splits as she responded with laughter’s emojis. Their cute exchange had become viral with both Bharti and Krushna trending on the internet for days.