Maj Gen (Retired) GD Bakshi has been trending on the internet since Saturday morning after Janta Ka Reporter reported his extraordinary meltdown on Arnab Goswami’s TV channel Republic Bharat. But no sooner did the story on the controversial former Indian army general go viral, many readers contacted Janta Ka Reporter to claim that this wasn’t the only occasion an abuse had been hurled on LIVE TV. A reporter working for Zee News was recently caught hurling the chut**a jibe in response to a question asked by one of the TV anchors in the immediate aftermath of Sushant Singh Rajput’s suicide in Mumbai. 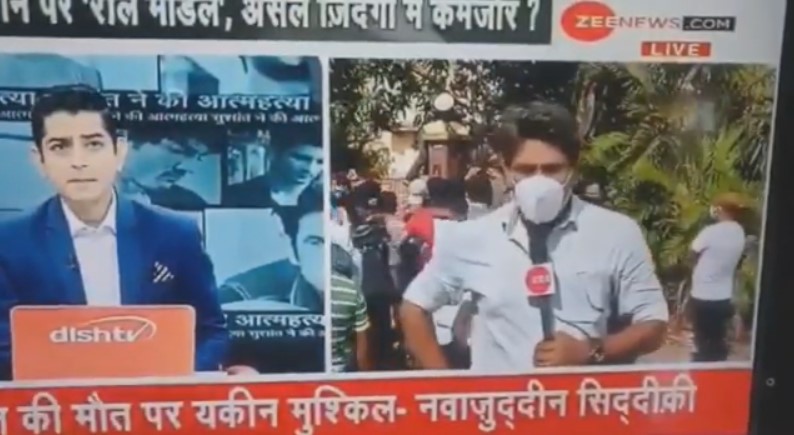 The video of the Zee News reporter hurling an abuse during a LIVE broadcast was picked up by a YouTuber. In the viral video, a Zee News anchor Sachin Arora was seen asking his reporter Ankur Tyagi, “What’s the latest update (on the death of Sushant Singh Rajput)?” The reporter was then heard saying, “chut**a saa*e.” It was, however, not clear who he was referring to with that expletive.

The YouTuber The Satya Show also took a dig at Zee News anchor Sudhir Chaudhary claiming that his reporter was using the abusive slang for him.

Earlier, Republic TV’s Hindi channel, Republic Bharat, was discussing Prime Minister Narendra Modi’s visit to Ladakh on Friday. As expected, Maj Gen Bakshi too was taking part as a regular panelist when he lost his cool at a guest, who allegedly questioned his bravery. Reacting to his taunt, Maj Gen Bakshi said, “What’s left for negotiations after 15-16 June(when the Chinese army killed 20 Indian soldiers)?”

As for Sushant’s tragic death, his body was found hanging inside his house on Sunday morning. The 34-year-old actor from Bihar had made his Bollywood debut with Kai Po Che before acting in successful films such as MS Dhoni: The Untold Story, PK, Raabta and Kedarnath among others.