In a huge turn of events, the Mumbai Police have decided to summon Arnab Goswami for another round of intense grilling on 10 June. The Mumbai Police have also directed Republic TV’s Chief Financial Officer S Sundaram to be present on the same day for questioning. This was days after FIR actress Kavita Kaushik and Saif Ali Khan’s co-star Kubbra Sait targeted Goswami for his on air shenanigans. 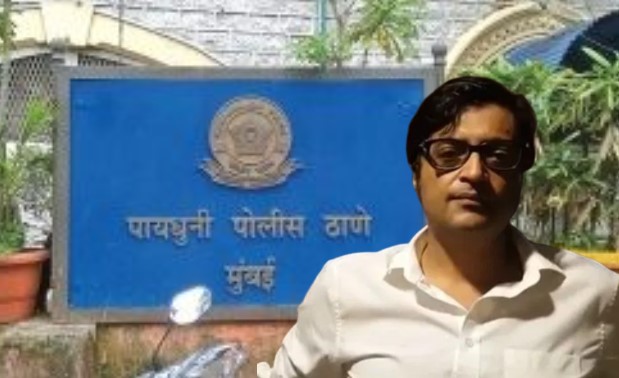 The Mumbai Police said that Goswami was ‘instructed to be present before the investigating officer Suresh Gaikwad at the Pydhonie Police station on 10/06/2020 at 11.00 AM.’ 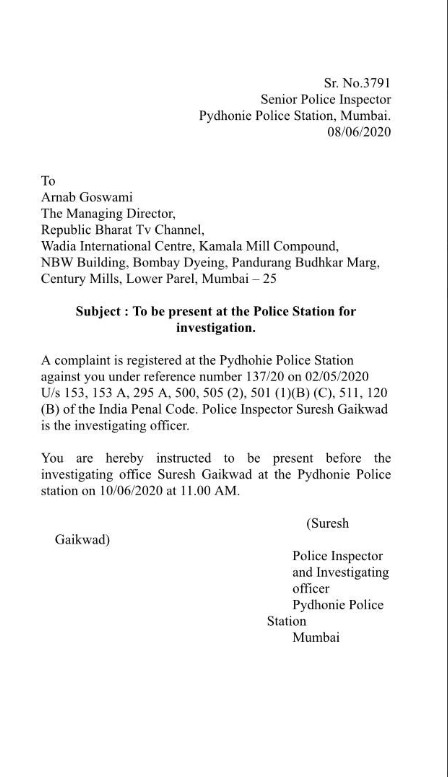 A similar notice has been sent to Goswami’s colleague Sundaram, instructing him to remain present for grilling on the same day.

This comes just days after the Mumbai Police grilled Goswami and his CFO for more than 12 hours. Goswami had approached the Supreme Court seeking the transfer of cases to the CBI, which reports to the BJP government at the Center. But, the Supreme Court had rejected his pleas.

The current summoning of Goswami by the Mumbai Police is in relation to another FIR filed against the Republic TV founder for hurting the religious sentiments of the Muslim community through one of his TV shows on Republic Bharat. The complainant, Irfan Abubakar Sheikh, from the Raza Education Welfare Society, had earlier told news agency PTI, “Arnab tried to target a particular community through his show which was aired on April 29 while the incident had taken place on April 14.”

In his TV broadcast, Goswami was accused of giving a communal colour to the unscheduled gathering of migrant workers near Bandra railway station by repeatedly highlighting the presence of a mosque even though the Muslims’ place of worship had no relevance to the humanitarian crisis.