Last year Bollywood actor Shahid Kapoor and his wife Mira Rajput trended on the internet for several days after it was reported that they will soon become neighbours with Nita Ambani’s daughter Isha Ambani and daughter-in-law Shloka Mehta. A year on, the popular husband-wife duo have not yet shifted their base from their current house in Juhu to the new duplex that they had bought for a whopping Rs 56 crore in Worli. 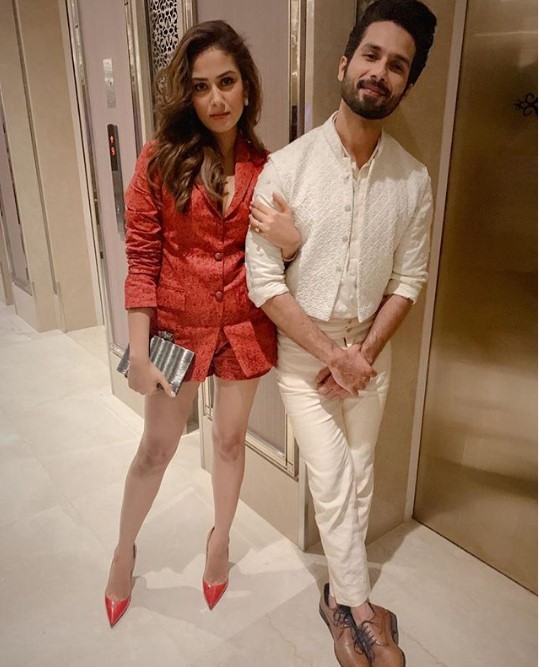 Isha Ambani has a sprawling bungalow, which was reportedly gifted to her by her in-laws after she got married to Anand Piramal in December 2018. Isha Ambani’s sea-facing bungalow Gulita in south Mumbai is estimated to be worth Rs 450 crore.

According to a report by Hindustan Times, Shahid and Mira are still in the process of designing their new house in Worli. However, the nationwide COVID-19 lockdown is believed to have played a big role in delaying their plans to become the Ambanis’ neighbours.

The actor is still in the process of designing it. Mira, last year had shared a picture of herself with Shahid with a caption that read, “Building a dream together.” The hashtag #workinprogress used by Mira had indicated that the work on their new house was still underway.

In March 2019, Shahid had shared a photo of himself with his Dad from the site of his new house with the caption that read, “Getting approvals from big daddy.”

According to several reports, Shahid reportedly paid Rs 56 crore for the duplex in Worli excluding Rs 3 crore that the Kabir Singh actor coughed up in stamp duty. His duplex is situated on the 42nd and 43rd floors of the highrise, which is called Three Sixty West.

Shahid had reportedly paid Rs 30 crore for his existing house, also sea-facing, in Juhu. However, there were reports that he decided to move out of Juhu to shift his base to Worli in the same neighbourhood where India’s richest family, the Ambanis, reside after being fed up by the growing menace of prostitution in the area.

Happy Birthday Dad ❤️ Nobody is as cool and as warm as you are ? In a family of Alphonsos we’re the Safedas! To the bestest ‘Baba’, We love you ❤️

Aside from Shahid Kapoor, Abhishek Bachchan and Akshay Kumar too own apartments in the same highrise.

On the work front, Shaihd Kapoor was last seen in Kabir Singh, which went on to collect nearly Rs 300 crore at the box office. Shahid will next be seen in Jersey, which is adapted from the Telugu film with the same title. The shooting for all films has stopped due to the nationwide lockdown to fight the coronavirus pandemic.