A new report has claimed that Indian skipper Virat Kohli and Hardik Pandya may have violated Cricket Australia’s biosecurity restrictions on players involved in the ongoing Border-Gavaskar Trophy. The latest revelation came amidst a raging controversy over five Indian players being accused of violating COVID-19 protocols, triggering allegations of beef consumption. 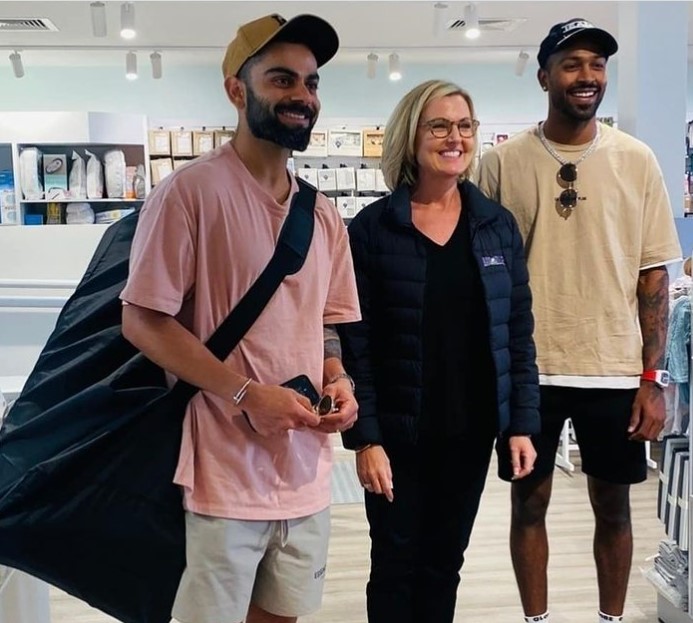 A report by Sydney Morning Herald said that both Kohli and Pandya had visited a baby shop in Sydney in early December to shop for the former’s first child. Kohli and his wife Anushka Sharma are expecting their first child. The report said that both the players ought to have been wearing masks when they walked inside the shop.

Both players had later posed for the camera with a shop executive. The store called Baby Village had later shared the photo from its official Instagram account.

A post shared by Baby Village | Shop for Baby! (@babyvillage)

Earlier, Rohit Sharma, Rishabh Pant, Shubman Gill, Prithvi Shaw and Navdeep Saini had to be placed in isolation for potential breach of COVID-19 protocol. A statement by Cricket Australia said that all five players had been separated from the Indian and Australian squads but will still train ‘in accordance with strict protocols that have been put in place to ensure the ongoing safety of all members of the Indian and Australian squads.’

This was after a Twitter user shared a restaurant bill claiming that he had paid for a meal consumed by five Indian cricketers namely Rohit Sharma, Rishabh Pant, Shubman Gill, Prithvi Shaw and Navdeep Saini at a restaurant in Melbourne. The user had also claimed to have received a hug from Pant, but he later performed a U-turn on this claim.

The latest revelation on Kohli and Pandya comes at a time when the Indian contingent is reportedly unhappy over going through another 14 days of quarantine before the fourth Test in Brisbane. This had prompted Queensland’s Health Shadow Minister Ros Bates to make hugely controversial comments as she said, “If the Indians don’t want to play by the rules, don’t come.”