The noose is tightening around the perpetrators of fake news in India, who’ve long got a free reign to use their respective media platforms to cause fissures in the society by pushing the communal agenda. A day after Republic TV founder Arnab Goswami moved the Supreme Court fearing arrest in a new police complaint, Sudhir Chaudhary of Zee News has landed himself in a spot of bother for the same reason. The controversial anchor of Zee News is facing arrest in Kerala after a police complaint was filed against him under non-bailable sections on Thursday. 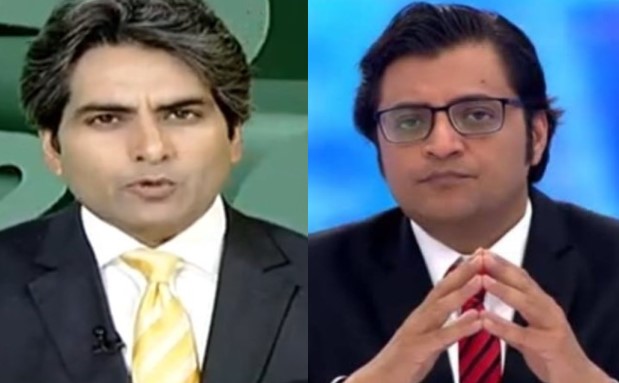 A visibly rattled Chaudhary took to social media to allege that authorities were attempting to curb his free speech by filing an FIR. He also shared a copy of the FIR in Malayalam, accusing him of broadcasting his DNA programme on 11 March 2020 to hurt the religious sentiments of the Muslim community.

In the said programme, Chaudhary had plagiarised a Facebook post to teach his viewers about different forms of Jihad in a bid to demonise the Muslim community.

Sharing the copy of the police FIR, Chaudhary wrote on Twitter, “Here’s my Pulitzer Prize for reporting the truth.Sharing the citation— an FIR filed against me by the Kerala police under nonbailable sections.The award for exposing inconvenient facts.A clear msg for media.If u don’t toe the decades old pseudo-secular line you’ll be behind bars. (sic)” 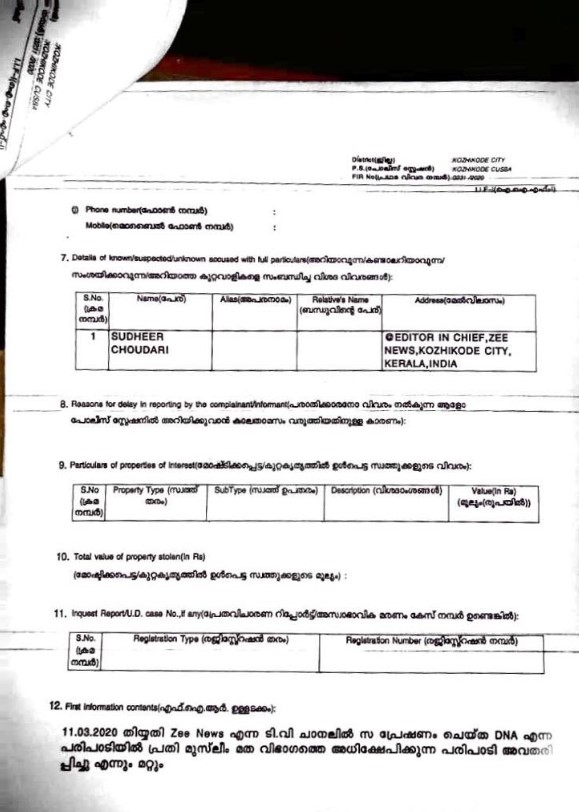 His subsequent tweet read, “This is the price for daring to speak against #ZameenJihad in Jammu,#LoveJihad in Kerala, PFI funding of CAA protests, and for daring to enter Shaheen Bagh. I have all the respect for the law but these tactics won’t stop me. Bring it on!”

Chaudhary was seen seeking support on social media and thanked the members of the Hindutva brigade for launching Twitter trends in his favour.

Earlier this week, Arnab Goswami had moved the Supreme Court fearing arrest after a new FIR was filed against him in a case relating to his coverage of the gathering of migrant workers outside the Bandra railway station. Goswami was accused of maligning the Muslim community in a bid to stir up communal tension by deliberately focussing on a mosque in the vicinity even though the place of worship had no relevance to the story.

On Wednesday, UAE-based English newspaper Gulf News had published a scathing editorial demanding a ban on Indian TV channels across the gulf countries. Calling them the ‘preachers of hate,’ the newspaper had named Goswami’s Republic TV and Chaudhary’s Zee News among others that it wanted to be banned across the Arab world since they were exporting the narrative of hate against Muslims from India to the gulf countries.