British MPs on Thursday voted in favour of Prime Minister Boris Johnson to be investigated for misleading the parliament over COVID-19 lockdown parties. The damaging development took place on the day Johnson arrived in India on an official tour. 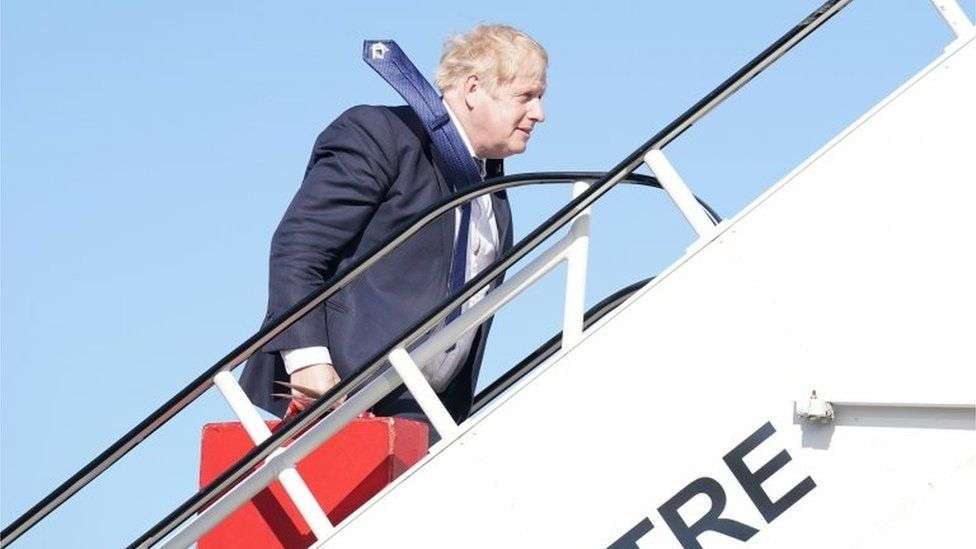 This effectively means that Johnson will be facing a thorough probe by the Privileges Committee after the Metropolitan Police have completed their own investigation into the lockdown rules violations by 10 Downing Street.

Johnson was recently found guilty of breaking lockdown rules at his official residence, 10 Downing Street even when millions across the country bid final farewell to their loved ones without being able to see them for one last time.

The opposition Labour Party has demanded Johnson’s resignation. The British PM faced considerable heat in the parliament on Wednesday even as he repeatedly apologised for his offence and for breaking the rules that he himself formulated.

The opposition parties and some of Boris Johnson’s own MPs are calling for his ouster for routinely lying inside the parliament when he was first asked to explain the lockdown parties inside 10 Downing Street. He had first denied it outright before claiming that all rules were followed. However, the police have already found him guilty of one crime and Johnson is currently being investigated for several other violations.

While in India, Johnson said that ‘if the opposition want to focus on this and talk about it a lot more that’s fine’, adding that he ‘wanted to focus on what matters for the future of the country.’

Johnson has found himself at the receiving end for his inability to control the spiralling inflation and unemployment in the country. His Chancellor Rishi Sunak, equivalent to finance minister in India, too faced public ire after it emerged that his wife was not paying taxes on her tens of millions of pounds worth of earnings from her stakes in Infosys.