Sri Lanka Prime Minister Mahinda Rajapaksa has been forced to resign as protesters set his family home on fire as the island nation was gripped by a state of emergency. Rajapaksa has been facing weeks of nationwide protests over a worsening economic crisis in the country. 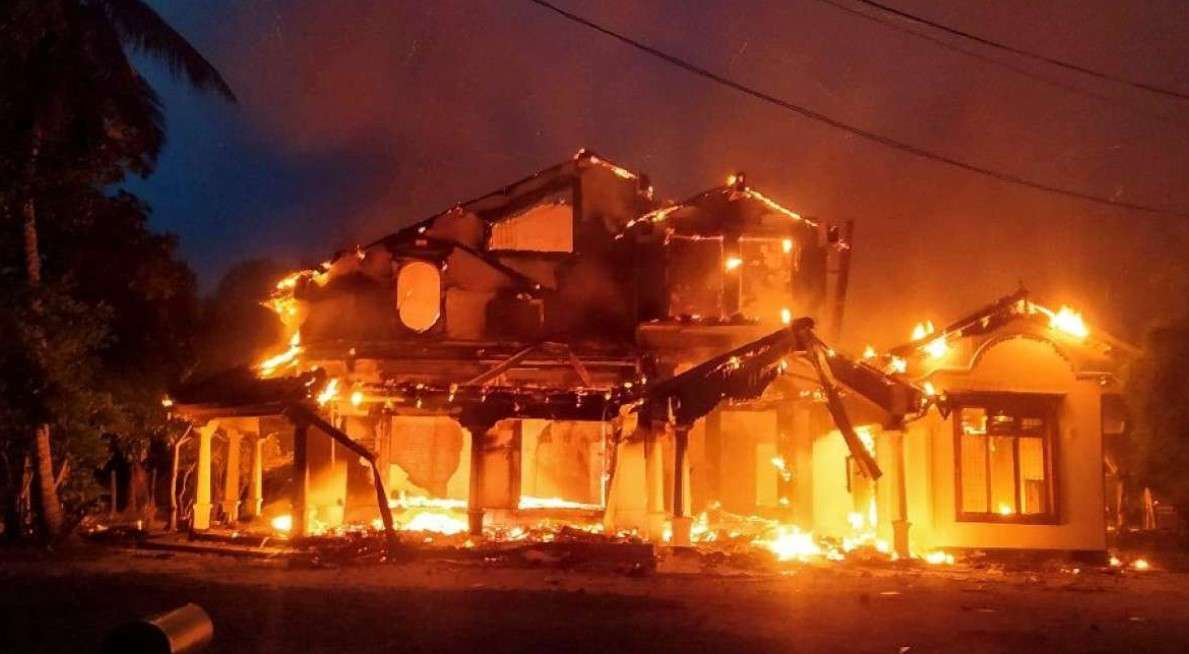 The news of Rajapaksa’s resignation came after the government imposed an emergency following violent clashes between Rajapaksa supporters and anti-government protesters in the national capital Colombo.

In his resignation letter sent to his younger brother, President Gotabaya Rajapaksa, Mahinda Rajapaksa said that he was making way for a ‘new unity government’. “I am resigning with immediate effect so that you will be able to appoint an all-party government to guide the country out of the current economic crisis,” Rajapaksa said in his resignation letter, as reported by news agency AFP.

What triggered the latest round of violence was a group of Rajapaksa supporters violently attacking unarmed protesters, who were camping outside the President’s office. These protesters have been staging protests here since 9 April.

“We were hit, the media were hit, women and children were hit,” one witness was quoted by the BBC.

There are reports that at least one MP has died in the violence. According to London’s Sky News, news agency Reuters reported that MP Amarakeerthi Athukorala had died after a stand-off with anti-government demonstrators in the town of Nittambuwa near Colombo..

The violent attack by the supporters of Rajapaksa did not go down well as protesters decided to retaliate. They burned buses and ransacked the memorial built for the parents of President Gotabaya Rajapaksa and his brother Mahinda Rajapaksa. Soon it emerged that the family home of Rajapaksa in Hambantota was also set on fire. Angry protesters also set ablaze the houses of at least three former ministers and two lawmakers.